Recently Bitcoin has surprised many by setting a new all-time high (ATH) at $27,000; Little did we expect was the new ATH that briefly set in at the $28,000 price mark early Sunday morning. Bitcoin’s impressive December rise is reflected in the market capitalization, which crossed $500 billion earlier today.

At the time of writing, Bitcoin is settling down to $26,700, dropping by about 0.6% in the last 24 hours, according to data provided by Finviz.com. The market capitalization has slightly dropped to $497 billion. Despite the drop, Bitcoin’s market cap has surpassed Visa’s (NYSE: V) $479 billion at press time.

With the year ending, some fund managers are perceived to be buying Bitcoin as the fear of missing out sets in. Notably, institutional investors have driven Bitcoin to the new highs, a trend set to continue with some experts like Gemini founder Tyler Winklevoss focusing on the $30,000 mark.

“When PayPal went live, the volume started exploding. The increase in itBit volume implies that within two months of going live, PayPal is already buying more than 100% of the new supply of Bitcoins,” said Morehead.

Other top cryptos have followed suit, making significant gains. Ethereum trading at $724 at the time of writing has made gains of about 15% over the weekend.

On the flip side, Ripple’s XRP turbulent run continues. The asset’s price has dropped by about 6.6% to trade at $0.29 at the writing time. The market capitalization is hovering around$13 billion after dropping from about $26 billion in less than a week.

XRP’s woes began following the lawsuit on Ripple executives by the U.S Securities Exchange Commission regarding the token’s listing.

SEC claims XRP is a security, and Ripple did not disclose the information before announcing its sale. Some exchanges like Bitstamp have reacted with plans to delist the asset following the lawsuit. 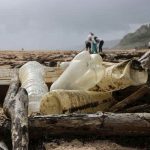