Bitcoin has hit a new all-time high continuing the impressive Christmas run. By press time, the digital asset was trading at $25,739 according to data by Finviz.com.

The current rally by Bitcoin began on December 17 after rising by at least 20% in a single and surpassed the $20,000 mark. Notably, the level was Bitcoin’s all-time high for almost three years.

By December 20th, the asset had attained another all-time high of $24,000. On the same day, Tesla founder Elon Musk had tweeted in support of the asset.

Some experts attributed the rise to Musk’s sentiments alongside the entry of institutional investors into the crypto space.

The surge in 2020’s Bitcoin is mainly due to institutions that continue to convert their cash reserves to Bitcoin. Some of the institutions include Microstrategy that has invested about $1.1 billion in Bitcoin. After the company acquired an additional 21,454 Bitcoins back in September 2020, the company’s founder Michael Saylor has expressed at the time that “Bitcoin scales just fine as a store of value”.

With Musk showing support for Bitcoin, he had an exchange with Michael Saylor, Chief Executive Officer of MicroStrategy, about the possibility of converting significant Tesla transactions into Bitcoin. Syalor notes that:

“If you want to do your shareholders a $100 billion favor, convert the $TSLA balance sheet from USD to #BTC. Other firms on the S&P 500 would follow your lead & in time it would grow to become a $1 trillion favor.”

The continued interest from such notable figures is projected to rally Bitcoin to new highs as opposed to 2017. The asset’s last all-time high three years ago was mainly attributed to the ICO frenzy and retail investors.

As Bitcoin hits, another high, its market capitalization has also surged to surpass some of the traditional players in the same space. By press time, the asset’s market cap stood at $471 billion surpassing Visa’s market cap of $459 billion.

Notably, the surge in Bitcoin has also been due to the announcement by payment platform PayPal to support crypto transactions. However, it not clear if Visa will make a bold move and formally announce support for the sector.

“Bitcoin is no longer the mirage it used to be – it is truly becoming the oasis in the desert.” Gunnar Jaerv, COO of First Digital Trust said. 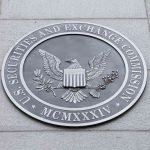