The weekend has been in the green for the majority of crypto assets with Bitcoin leading the way once again as it taps another new 2020 high.

Bitcoin reached a 16 month high of $13,350 during Sunday trading which is its highest price since June 2019. The move follows two separate forays above the $13k price zone the previous week, and all gains appear to be holding strong as momentum builds.

In the hours that followed, and into the Monday morning Asian trading session, Bitcoin prices retreated slightly, but still held above $13k indicating that there is very little selling pressure at the moment.

The significance of this momentum can clearly be seen on the long term weekly chart which shows a strong uptrend since the end of 2018. Bitcoin’s largest weekly candle this year also signifies strengthening sentiment on digital asset markets as it outperforms its brethren.

Trader Benjamin Bluntz also commented on the significance of the weekly chart:

“Now firmly above all downtrends from the 2017 20k top and this week just closed on its highs above key 12.5k resistance. The sky is the limit now imo, and this market is not for shorting!”

The asset has already printed its fourth highest ever monthly candle and there is still almost a week to go before it closes. Analysts are still targeting last year’s top of $13,800 as the next major resistance hurdle to overcome;

The approaching U.S. election date on November 3 could induce some more volatility into the already jumpy markets, but momentum at the moment is all going one way, for Bitcoin at least.

Total crypto market capitalization has hit its highest level since May 2018 according to Tradingview, as it topped $400 billion over the weekend. BTC has been in the driving seat but many of its brethren have also fared well over the weekend.

Ethereum has not been one of them however as the asset retreated 2.5% from its Friday high of $418 to $408 by Monday morning. News that there could be further delays in the launch of Phase 0 of ETH 2.0 is likely to result in Ethereum sliding further in the short term.

Most of the altcoins have remained relatively flat over the weekend, but those registering some gains included Litecoin, Bitcoin SV, EOS, and Monero. 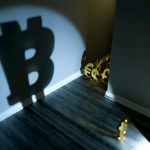