Amid a prolonged legal battle in which the United States Securities and Exchange Commission (SEC) is suing blockchain company Ripple over illegally selling XRP tokens, new accusations have arisen against the regulator.

As it happens, Ben Armstrong, the individual behind the ‘BitBoy Crypto’ YouTube channel, has criticized the former SEC Director William Hinman, accusing him of accepting bribes to declare Ethereum (ETH) a commodity, in his tweet on October 9.

According to him, “William Hinman certainly accepted bribes. It’s CLEAR.” However, he also refuses to choose among cryptos, as he added that his “3 biggest holdings are XRP, ADA, & ETH, and I refuse to take sides. They all win.”

Need for regulatory clarity in the space

With these accusations, Armstrong referred to the comments by Cardano (ADA) founder Charles Hoskinson, who earlier addressed this matter in a series of tweets. Among other things, he stated that Ripple should focus on arguing for better regulatory clarity instead of suggesting that the SEC was bribed to turn a blind eye on Ethereum:

“Analyzing the allegations of corruption seems to imply that Ethereum should also be sued by the SEC but wasn’t because of relationships. But how does this in any way solve the larger issue of cryptocurrencies being forced into a framework that makes no sense?”

Meanwhile, a United States judge in the SEC v. Ripple case has overruled the regulator’s attempt to withhold the documents relating to former Division Director William Hinman. These documents refer to the speech he delivered at a summit in 2018 in which he said that Bitcoin (BTC) and Ethereum were not securities.

Elsewhere, Armstrong himself is busy with the defamation lawsuit against fellow crypto YouTuber Erling Mengshoel, a.k.a. ‘Atozy’, whom he accused of slander over, calling him a “shady dirtbag who milks his audience for a quick buck rather than giving them genuine advice” in a video published on November 9, 2021,” as Finbold reported. 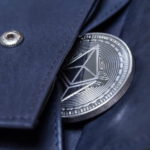