In the petition filed before a court in Wyoming, Custodia Bank alleges that the Kansas City Fed expressed a lack of respect, having denied the lender’s approval for a master account, CoinDesk reported on October 13.

“Last week, the Federal Reserve told a federal judge that keeping custody of digital assets, like Bitcoin, posed a ‘novel, precedent-setting risk.’ This week, the Fed allowed BNY Mellon to do the same thing. So it has one rule for innovators like Custodia Bank, and another for the nation’s oldest bank. After waiting more than 24 months, we are seeking nothing more than fair and equal treatment,” said Nathan Miller, a spokesperson for Custodia Bank.

According to Custodia Bank, it has waited about 19 months to receive feedback on the master accounts, but no response has been provided. Notably, master accounts would enable Custodia to deposit funds with the Fed and be connected directly to the global financial system. 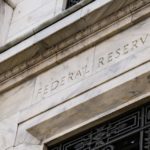 A Custodia Bank representative told Finbold that the petition is ‘a supplementary filing in its existing lawsuit that began in June’. In the suit, Custodia alleged that the Fed was unlawfully delaying its application.

The Fed has, however, argued that granting master accounts to facilities like Custodia Bank poses risks to the global financial system. In this case, the Fed has called for more evaluation time.

“If holding custody of digital assets poses “novel, precedent-setting risk” to the United States financial system, as defendants suggest in their motions, then the board could have—indeed, should have— prevented BNY from engaging in such activities, especially since BNY is a global systematically important bank,” Custodia said.

As reported by Finbold, BNY Mellon received regulatory approval to offer cryptocurrencies to its select customers interested in Bitcoin (BTC) and Ethereum (ETH). 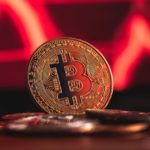 Over $8 billion outflows Bitcoin within hours after U.S. inflation hits 8.2%