With dramatic moves in the market, traders and investors remain interested in the meme stock as it maintains its position as one of the most trending stocks in the market. AMC’s price started 2022 at $27.20, so currently, the price decreased by -84% from the beginning of the year.

Notably, Coin Price Forecast, which uses data science and machine self-learning technology for stocks and cryptocurrencies, predicts that the AMC price at the end of 2022 will be $4.99 with a +13% rise to year-end. In the first half of 2023, the stock price is estimated to climb to $6.40; in the second half, the price is predicted to add $1.92 and close the year at $8.32, which is +89% to the current price.

In the last month, AMC has been trading in the $4.11 – $9.15 range, which is quite wide. It is currently trading near the lows of this range, with prices falling firmly lately, so it is better to avoid new long positions here.

In particular, resistance is located at $5.12 from a trend line in the weekly time frame and at $7.59 from a trend line in the daily time frame. AMC chart patterns suggest that it does not present a quality setup at the moment as price movement has been a little bit too volatile to find a solid entry and exit point; thus, it is probably a good idea to wait for a consolidation first.

The short-term technical analysis (TA) for AMC on the 1-day gauges is bearish. For instance, the summary gauge points to a ‘strong sell’ sentiment at 16, while moving averages (MA) suggest a ‘strong sell’ at 14.

Meanwhile, the oscillators point to ‘neutral’ at eight, according to the data obtained from the market analytics platform TradingView on December 27. On Wall Street, the negative sentiment is shared with seven analysts giving a ‘sell’ consensus rating for the stock. Notably, three experts recommend ‘hold,’ and four have opted for a ‘strong sell.’

According to five analysts offering 1-year price projections for AMC, the average price prediction for the stock is $2.99, -32.05% from its current price. Meanwhile, the highest possible estimate is $7.50, and the lowest is $0.50.

The biggest movie theater chain in the world has been trying to reduce its massive debt burden, which ballooned when cinemas were closed during the early days of the Covid pandemic. Additionally, the company has had to contend with stock dilution and a film release calendar devoid of blockbusters.

AMC has been spending more than it earns each quarter on operations like concession and film exhibition expenses and rent while having a large amount of cash on its balance sheet.

The firm has stated its intention to increase the number of Imax and Dolby Cinema screens and upgrade existing theaters throughout its network. The cash increase and planned reverse stock split follow on the heels of AMC’s announcement the day before that it would no longer be negotiating to purchase theaters from Regal parent company Cineworld, which filed for bankruptcy earlier this year.

It wasn’t until millions of retail investors bought AMC stock and made it a meme that the company was able to avoid bankruptcy in 2021. Since then, management has developed several strategies to increase revenue to pay down debt and finance new purchases and expansions of the company’s existing theaters. 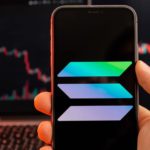 Solana indicators suggest $5 could be next SOL price target