Shares of Walt Disney (NYSE: DIS) shot up in the premarket on Monday, November 21, as the company announced that after less than a year in retirement, Bob Iger has returned as the CEO.

The unexpected return of Iger to his role as CEO of Disney saw the stock surge in premarket trade. Shares are projected to open over 9% higher, recouping part of the 40% decline throughout 2022, which is much worse than the 17% decline in the S&P 500 index.

Iger wrote in an email to employees:

“I am deeply honored to be asked to again lead this remarkable team, with a clear mission focused on creative excellence to inspire generations through unrivaled, bold storytelling,”

In the last month, DIS has been trading in the $86.28 – $108.84 range, which is quite wide, and it is now currently trading near the lows of this range. Resistance is found at $95.51 from a horizontal line in the daily time frame, while a resistance zone ranging from $98.69 to $101.67 is formed by a combination of multiple trend lines and important moving averages in multiple time frames.

Disney’s technical analysis (TA) summary stands in the ‘strong sell’ zone on the 1-day gauges due to the moving averages (MA) indicating ‘strong sell’ at 14  (versus ‘buy’ at 0 and ‘neutral’ at 1). At the same time, oscillators remain in ‘neutral’ at 8 with ‘sell’ at two and ‘buy,’ at 1.

However, Analysts on Wall Street rate the stock a ‘strong buy.’ Nineteen analysts offering 12-month price targets have projected DIS stock to trade at an average price of $126, a 37.32% upside from the last price of $91.80.

Interestingly, sixteen TipRanks analysts have given the stocks a buy rating based on their performance over the past three months, while three have advocated ‘hold.’ Notably, none of the experts opt to sell Walt Disney shares.

What’s next for Disney stock?

Former CEO Bob Chapek presided over a challenging time for Disney, beginning with the disruption caused by the pandemic, which resulted in the closure of the company’s theme parks, and continues with questions about the viability of the company’s streaming service, Disney+.

Disney+ is up against a lot of other streaming services, such as Netflix and Amazon Prime Video, so the company has spent a lot of money and put in a lot of effort to come up with fresh content. While the number of subscribers on Disney’s platform has increased quickly, this growth has come at the expense of significant increases in operational losses in the streaming sector.

The latest quarterly results saw Disney miss expectations for sales and profits, with the park and media divisions missing estimates.

However, with its share price close to the lows of the 2020 Covid market crash, investors are seemingly excited about Iger’s reappointment, hoping he can steady the ship with its theme park initiatives and its media operations. 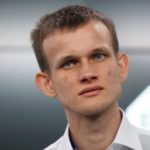