Meme cryptocurrency Dogecoin has put aside the ongoing market correction to trade in the green zone after Tesla (NASDAQ: TSLA) CEO Elon Musk affirmed his support for the token.

In a Twitter post on June 19, Musk affirmed his support for Dogecoin and confirmed he is still accumulating the meme token despite undergoing massive losses.

Consequently, by press time, DOGE was trading at $0.056 with gains of about 7% in the last 24 hours. However, the weekly chart has recorded losses of over 13% in line with the general market price movement.

Musk’s affirmation comes after he was sued alongside his two companies Tesla and SpaceX in a $258 billion lawsuit. In the lawsuit by an American citizen, Musk is accused of pumping Dogecoin while alleging that the billionaire was part of a racketeering scheme to back the meme cryptocurrency.

Interestingly, the lawsuit seeks to block Musk and his companies from promoting Dogecoin.

Notably, Dogecoin’s value shot up after Musk through his Twitter account expressed support for the joke coin. His input pushed DOGE to join the top ten cryptocurrencies by market capitalization.

In recent months, Dogecoin has mainly traded in the red zone as the hype around meme coins appeared to cool down. As reported by Finbold, DOGE has lost its value by almost 90% since Musk made an appearance on the Saturday Night Live show in May last year.

During the appearance, Musk declared himself as the ‘Dogefather’ and it was expected the token would shoot up past the $1 level.

Musk’s support for Dogecoin has seen SpaceX and Tesla announcing plans to use the token for the purchase of merchandise.

Besides helping build a loyal fanbase of Dogecoin, Musk is also working with the token’s developers to improve the network in a bid to rival other established assets like Bitcoin.

In this line, the Dogecoin 1.14.6 update is set to be released in the summer. The new update comes with enhanced wallet protection, and fixes for potential DOGE vulnerabilities aiming to make the usage of the Dogecoin Core wallet cheaper. 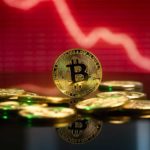