After the news broke that Elon Musk had finalized the purchase of Twitter for $45 billion, his favorite cryptocurrency Dogecoin (DOGE) reacted as it has time and again when its main proponent said or did something meaningful or controversial.

This time, DOGE has reached a four-month high in transactions by whales, suggesting they may be positioning for a big price move in the future, as crypto analyst Ali Martinez tweeted on April 26.

To drive his point home, Martinez posted a chart that shows an increase in the number of large transactions on April 25, along with a slight increase in price.

Specifically, the number of transactions on the DOGE network with a value greater than $100,000 reached a four-month high at 2,440 transactions. According to Martinez:

“Such market behavior can act as a proxy for whales’ activity, suggesting how they may be positioning for a big price move.”

Speaking of price movements, Martinez also posted a chart showing that DOGE looks to be heading to $0.24, after breaking out from a falling wedge pattern on the seven-day charts.

However, he did warn that:

“Failing to hold above the $0.13 support level can invalidate the bullish outlook for DOGE.”

It is also worth noting that Finbold earlier reported on DOGE adding as much as $2 billion to its market capitalization in only one hour, as Musk was still trying to reach a deal over the proposed takeover of the Twitter (NYSE: TWTR) platform. 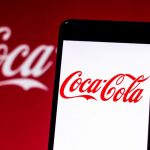