Economist Jörg Bibow has said bitcoin does not qualify as a currency stating that the cryptocurrency is ‘a gigantic step backward into the monetary stone age’.

In an interview with Hans Böckler, the economics Professor singled out bitcoin’s shortcomings like the ability to support vices such as money laundering, terrorism, carbon footprint, and price volatility as the main factors that disqualify it as a currency.

However, Bibow called for strict regulation of the crypto sector while acknowledging that bitcoin’s underlying blockchain technology is revolutionary for sectors like finance and trade.

“I can’t find any positive aspects there. Which is not a criticism of the technology itself. The underlying technology is probably very useful for many products, including in the financial system. However as a currency, I think it is a gigantic step backward into the monetary stone age,” said Bibow.

He acknowledged that a complete ban on bitcoin is not possible but relevant institutions can move to protect the financial system from the asset’s perceived negative impact. Bibow added that to regulate the sector, there is a need for coordination between countries, something he terms problematic.

The scholar notes that the regulation is further complicated since some dubious countries can still utilize bitcoin to finance criminal activities.

For effective regulations, Bibow wants the anonymity aspect dealt with, which underscores the underlying purpose of cryptocurrencies. He adds that governments can track crypto money flow but it is time-consuming.

As the crypto space continues to debate on the decision by Tesla (NASDAQ: TSLA) to suspend bitcoin payments over power consumption, Bibow dismissed the notion that bitcoin mining is increasingly moving towards renewables.

Following Tesla’s decision, the company has come under fire from bitcoin proponents for not researching enough on the asset’s power consumption. According to crypto mining firm Core Scientific CEO Kevin Turner, Tesla and CEO Elon Musk should have resorted to processing bitcoin transactions with companies that rely on renewable energy. 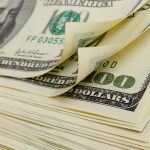