Stocks continued to sell-off Monday, May 9, as bond yields continued to march to new highs. Shortly after the markets opened, the Dow Jones Index fell 1%, and the S&P 500 dropped 1.6%, with Nasdaq having the largest drop of 2.2%.

This sell-off seems peculiar, with more companies beating earnings per share (EPS) estimates at above the five-year average rate. Earnings surprises to the upside were reported by companies in various sectors (led by Energy and materials).

Companies in the consumer discretionary sector mostly have had negative surprises, energy, on the other hand, has outperformed by a wide margin every sector in S&P 500.

The 10-year Treasury yield rose as high as 3.2%, which is bad for stocks that are valued based on the chunk of their profits coming in the future. Since technology stocks meet this criterion, the Nasdaq index fell the most and is now in bear territory, which is defined as a 20% or more drop.

Founder and CEO of Compound Capital Advisors, Charlie Bilello, shared an update on the S&P 500 correction:

Analysts expect to see a total growth for S&P 500 of 10.1% for 2022 with most of it coming in the later quarters of the year. Oil and gas prices have reached decade highs which are feeding nicely into the energy sector and propping up earnings and revenues.

However, oil and gas are not the only game in town anymore as renewables become more affordable companies are plugging into renewables. This could be further tailwinds for the energy sector which has been on fire in 2022.

There are of course other headwinds affecting market participants the most notable being, rising inflation, war in Ukraine, and lockdowns in China. Each of these on their own is enough to have an average investor on the edge of their seat; however, in combination, they seem like a perfect storm.

Investors would be well advised to analyze global macro trends before deciding to invest in their favorite stocks, more downside could be had if the above-mentioned trifecta of issues does not improve any time soon. 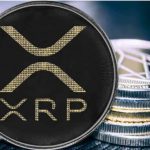 Fintech specialists expect XRP to soar to $2.55 by December 2022 - if Ripple wins or settles