Ethereum (ETH) is hovering around its two-month high on Thursday ahead of a significant change to the underlying blockchain that would modify the way transactions are handled.

Indeed, the update will go live on Thursday around 12:00 GMT; according to market participants, technically, the update will take place when the 12,965,000th block on the blockchain is validated.

ETH, the world’s second-largest cryptocurrency by market cap, dropped 0.5% on Thursday but has climbed around 16% this week and is at its highest level since early June, following the crypto market crash in May

Ethereum’s price is currently exchanging hands for around $2,680, with the digital asset up 8.26% in the last 24 hours and up 16.81% in the last week as per CoinMarketCap.com data.

The rhythmic, technical analyst believes that Ethereum “has got momentum” as it looks to test the $3000 range.

The Ethereum Improvement Proposal (EIP) 1559 upgrade will change the way transactions are handled and offer more transparent pricing for them. In particular, the update will reduce the number of Ethereum in circulation, which could, in turn, contribute to higher demand for the asset.

Several big exchanges, including Binance, have stated that deposits and withdrawals of ETH and Ethereum-based assets would be suspended around the adjustment time.

Binance noted that this was important to decrease trading risks caused by price volatility while also ensuring the safety of customer assets.

Effect of the Ethereum network upgrade on mining reward

Recently ahead of the London hard fork upgrade, the top five Ethereum mining pools received a total of 77,450 ETH in rewards, amounting to more than $192.69 million, according to data provided to Finbold by cryptocurrency trading simulator Crypto Parrot. The rewards were acquired over seven days, from July 27 to August 2, when 29,021 blocks were mined.

Overall, the asset has seen increasing activity due to the network’s use in areas such as DeFi and NFT; as an example, Tenderly recently raised $15 million to help Ethereum developers create decentralized apps more quickly.

Consequently, Ethereum may be poised to overtake Bitcoin as the ideal store of wealth in the future. There are already indications of this transition, as Ethereum overtook Bitcoin in total daily active addresses for the first time. 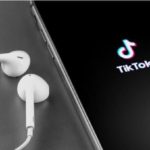