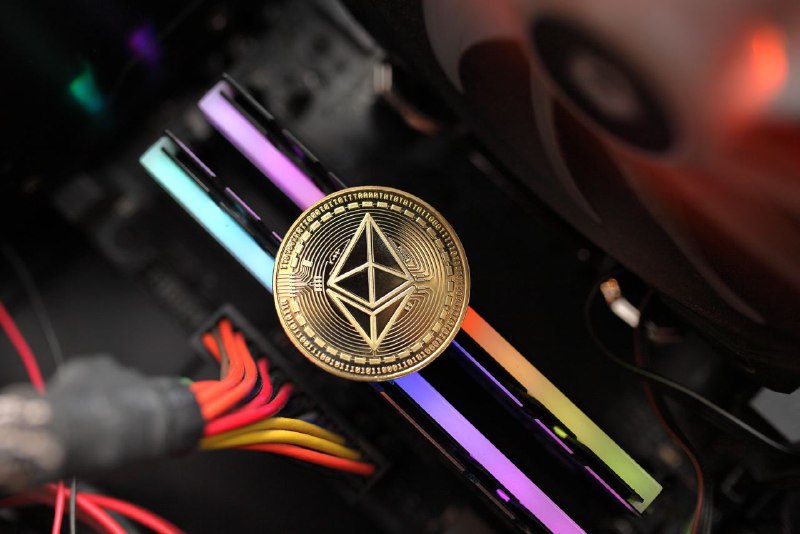 As the Ethereum (ETH) network prepares to transition to the Proof-of-Stake (PoS) protocol, part of the crypto industry’s focus is on miners and their next move. In this line, crypto miners are considering options such as migrating to Proof-of-Work (PoW) friendly blockchains to sustain their operations.

Indeed, Ethereum’s second largest mining pool, f2Pool, has maintained that the final decision to support the Merge upgrade relies on the miners’ community, crypto reporter Colin Wu said in a tweet on August 8.

Interestingly, the pool acknowledged that the era of Ethereum PoW is coming to an end, and there is a need to shift to the environmentally friendly PoS.

“Whether to support the Ether fork or not is no longer important. We will let the mitner community decide. However, we acknowledge that the era of ETH PoW is at its end, and let us move on to the new Era of PoS,” f2pool said.

Furthermore, the pool hailed the Ethereum miners for securing the chain for over seven years. Notably, f2pool highlighted that the Ether mining community has grown from individuals to publicly listed companies.

“Ether miners are the unsung heroes of the Ether ecosystem. They tend to be low-key and have been securing the ether chain quietly for more than 7 years. We have ether miners ranging from publicly listed companies to individuals in Ukrainian villages and Siberian factories.”

It is worth mentioning that the PoS migration will cast out Ethereum miners from the network and most mining pools have remained split regarding their options after the upgrade.

One possible option for miners is to shift to Ethereum Classic (ETC), the inheritor of the original Ethereum blockchain that still deploys the PoW mechanism. Notably, ETC can accommodate migrating Ethereum miners since they will need minor upgrades to start mining on Ethereum Classic.

Amid the split among mining pools, Ethereum co-founder Vitalik Buterin has hailed ETC as a possible destination for migrating miners, at the same time arguing another fork is unlikely to harm Ethereum ‘significantly’ after Merge. According to Buterin, ETC is a better PoW alternative to Ethereum.

Consequently, the possible shift to ETC has triggered a rally in the asset, while historical Ethereum upgrades have translated to rallies in ETC.

Additionally, after the Merge, ​​the current Ethereum hash rate will likely transition to the ETC, and other mining pools are already focusing on the crypto. For instance, AntPool, the mining pool linked with mining rig giant Bitmain, invested $10 million into developing Ethereum Classic.

Ethermine, another Ethereum mining pool, released a beta version of EtherMine Staking that will offer stake pool services for the post-Merge era.

Interestingly, there was speculation that the Ethereum miners would implement a hard-fork in opposition to the Merge upgrade.