As Russia’s invasion on Ukraine enters its seventh month, the European Union is tightening the grip of its economic sanctions against the invading country to include all cryptocurrency wallets and more.

Specifically, in the eighth package of severe sanctions against Russia over its aggressive actions in Ukraine, the EU has introduced additional bans, including (but not limited to) cryptocurrency services, the European Commission said in a press statement on October 6.

As per the statement:

“The existing prohibitions on crypto assets have been tightened by banning all crypto-asset wallets, accounts, or custody services, irrespective of the amount of the wallet (previously up to €10,000 was allowed).”

As a reminder, in early April the EU banned the provision of high-value crypto services in Russia as part of its fifth package of sanctions in an attempt to “close potential loopholes” and make it difficult for wealthy Russians to “store their wealth in the EU,” as Finbold reported.

Increased scope of the new package

In addition to banning crypto services, other measures in the most recent package include “EU import bans worth €7 billion to curb Russia’s revenues, as well as export restrictions, which will further deprive the Kremlin’s military and industrial complex of key components and technologies and Russia’s economy of European services and expertise.”

On top of that, the new package includes IT consultancy, legal advisory, architecture, and engineering services, which are no longer to be provided to the Russian government or legal entities established in Russia.

The sanctions also include individuals and entities “involved in Russia’s occupation, illegal annexation, and sham “referenda” in the occupied territories/oblasts of Donetsk, Luhansk, Kherson, and Zaporizhzhia regions,” as well as “high-ranking and military officials [and] companies supporting the Russian armed forces.”

Having said that, Russia seems to be making its own advances in the crypto sector, announcing the collaboration between the Bank of Russia and the Ministry of Finance on a draft law that will regulate crypto mining in energy-rich regions.

This is a major turn from the Bank of Russia’s previous policy, presented in a paper in late January 2022, in which it advocated for a total ban of cryptocurrencies, crypto trading and mining included. 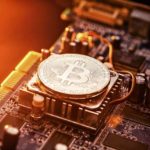