Moving into 2023, cryptocurrency investors will be monitoring Bitcoin’s (BTC) price action, given how it has battled bearishness across 2022. Indeed, Bitcoin’s performance has been influenced by different factors like macroeconomic elements that have weighed down the asset across 2022.

In this line, Finbold asked industry experts on their 2023 Bitcoin outlook and fundamentals likely to define the asset’s performance.

Kemmerer, who co-founded the crypto tax software CoinLedger, told Finbold that Bitcoin could slump further in 2023, citing extended effects from events like the FTX exchange collapse. However, in determining if Bitcoin could perform better than in 2022, the executive noted it depends on the macroeconomic environment.

“At least in the first half of 2023, BTC could drop to lower levels because of the extent of the contagion related to the collapse of FTX. Skepticism will remain high, pushing away possible cash flows from institutional investors. On a broader scale, financial advisors will be reluctant to deploy investors’ funds to risk assets, especially in the first half of the year. <…> The price movement of the flagship cryptocurrency could go either way. However, given a favorable macroeconomic environment, BTC prices could stabilize or even surge,” he said.

“One major fundamental that could drive the price of BTC upwards is adoption. That can be seen in even the once laid-back traditional financial institutions like JPMorgan. Despite the staunch stance against crypto by the financial institution, the firm is softening, giving its customers exposure through the BTC trust funds,” he added.

Lastly, Kemmerer was skeptical of Bitcoin’s performance against gold in 2023. He noted that the asset has the potential to outperform the precious metal as a hedge against inflation.

Mathews, the head of Canadian crypto exchange Netcoins, is signaling a bearish outlook for Bitcoin in 2023. He expects Bitcoin to slump further to around $10,000, and the asset risks people losing faith in its valuation.

“Things aren’t looking too bright for Bitcoin in 2023. It’s predicted that its valuation would further crash to $10,000. This means a 40% decrease from its current value. If this happens, it would be really upsetting news for investors looking to enter the market. Bitcoin currently stands at $17,000, but 2023 might be the real when many people lose faith in its valuation,” he said.

Elsewhere, he expected the Federal Reserve’s easing interest rate hikes as the critical catalyst to keep Bitcoin afloat in 2023. Mathews also pointed out that loosening the monetary policy could stabilize Bitcoin, but the asset will compete with gold. 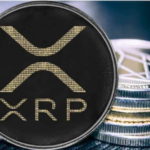