Japanese gaming giant Square Enix has announced plans to make further inroads into the crypto games sector across 2023 with intentions to roll out new titles.

In a new year newsletter issued at the start of January by the company’s CEO, Yosuke Matsuda, he acknowledged plans to venture into the blockchain space are progressing despite the industry being weighed down by the general drop in cryptocurrency prices.

“Our Group has multiple blockchain games based on original IPs under development, some of which we announced last year, and we are undertaking preparations that will enable us to unveil even more titles this year. <…> We hope that blockchain games will transition to a new stage of growth in 2023,” he said.

However, Matsuda did not delve into the type of blockchain games likely to be rolled out later by the company behind popular titles such as Final Fantasy and Dragon Quest.

Capitalizing on the crypto sector crash

According to the executive, the correction in crypto prices and the overall impact of the prevailing macroeconomic factors offered an opportunity for consolidation in decentralized gaming technology.

Interestingly, Matsuda suggested that the entry of non-fungible tokens (NFTs) in the gaming space was characterized by speculation, and the drop in valuation is an opportunity to explore new use cases. At the same time, he stressed the importance of blockchain-based gaming, observing the decentralization principles.

At the same time, with the cryptocurrency and blockchain sector marred with volatility and incidents such as the FTX collapse, the Square Enix head noted that the situation had accelerated the call for regulation. In this line, he points out that Japan’s move to unveil mechanisms to regulate the sector is a welcomed move.

“If this proves to have been a step in a process that leads to the creation of rules and a more transparent business environment, it will definitely have been for the good of the growth of blockchain entertainment,” he wrote.

It is worth mentioning that Square Enix previously announced a plan to embrace blockchain technology back in 2021. For instance, the company launched the NFT-powered Symbiogenesis, an interactive experience.

Notably, Matsuda has mostly supported the introduction of Web3 technologies as part of entertainment and gaming. Overall, the global gaming industry is increasingly embracing new technologies with a focus on segments such as metaverse games. 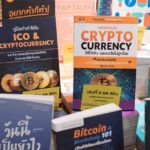 5 cryptocurrency books to read during this crypto winter