Update: A representative from TD Bank Canada has contacted Finbold to confirm that the TD network “TD did not experience any widespread system outage or issue.”

The financial institutions affected by the outage included the Royal Bank of Canada (RBC), BMO (Bank of Montreal), Scotiabank, TD Bank Canada, and the Canadian Imperial Bank of Commerce (CIBC).

The number of complaints of people experiencing difficulty accessing their online banking peaked between 5 p.m. and 6 p.m. Eastern time on Wednesday, February 16, while accounts of this issue are still occurring on Thursday, February 17, according to a report by BleepingComputer.

“We are currently experiencing technical issues with our online and mobile banking, as well as our phone systems,” an RBC representative confirmed.

“Our experts are investigating and working to get this fixed as quickly as possible, but we have no ETA to provide at this time. We appreciate your patience.”

Notably, customers continued to report problems within half an hour of RBC, declaring that all systems had been restored.

It’s also worth mentioning that the source of the outage has not yet been determined, but its timing is noteworthy since it comes only a few days after Canadian Prime Minister Justin Trudeau invoked the Emergencies Act in the wake of continuing ‘Freedom Convoy’ protests.

Finbold had earlier reported on February 16 that Canadian police had blocked over 30 crypto wallets associated with the ‘Freedom Convoy’ truckers after issuing an order requiring all FINTRAC-regulated organizations in Canada to stop interacting with the wallets.

Consequently, many are wondering what is going on with the banks as a number of them encounter outages, with some reports claiming that a bank run is taking place, in which large groups of depositors remove their money from banks sparked by fears over the Emergencies Act.

The new requirements that payment service providers must comply with under the newly invoked Emergencies Act were detailed by Deputy Prime Minister Chrystia Freeland on Monday during a news briefing on Parliament Hill.

However, as the Deputy Prime Minister pointed out since banks are currently required to report to FINTRAC, it is unclear how additional laws will induce either planned or unanticipated downtime in the financial sector. 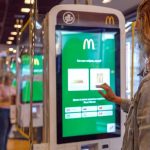