Member countries of the Group of 20 (G20) have revealed a plan to build a cryptocurrency policy consensus that will likely inform the global digital assets sector regulation.

The member states fronted the idea of a policy consensus following the growth of digital asset’s popularity with the implication on the economy and monetary system, India’s federal economic affairs secretary Ajay Seth said on December 14.

Furthermore, the consensus seeks to look into the role of cryptocurrencies in the banking sector. The regulatory plan was announced during the G20 intergovernmental meeting of finance and central bank deputies held in India.

“The regulation should flow from the policy view taken. In fact, one of the priorities which have been put on the table is to help countries build a consensus for policy approach to the crypto assets,” said Seth.

Notably, the G20 is an intergovernmental forum comprising 19 economies and the European Union, with India holding the presidency. Indeed, with India at the helm of the body, the country is slated to dominate in defining global crypto regulations.

The possibility of the policy consensus aims to help different jurisdictions establish a regulatory framework, considering the sector is highly unregulated globally. The decision follows the FTX crypto exchange collapse that has resulted in criminal charges against founder Sam Bankman-Fried.

Overall, with the collapse being marred with allegations of fraud, there have been calls to regulate the sector effectively.

It is worth noting that India is working towards enacting a local cryptocurrency regulation framework. However, the country has received criticism for its crypto regulation regime, with industry players terming it crippling.

At the same time, as reported by Finbold, after the Reserve Bank of India (RBI) released its concept note on a central bank digital currency (CBDC), the institution received backlash from crypto players who alleged the government was out to kill the sector.

Indeed, the RBI has supported the ban on cryptocurrencies noting that a CBDC is ideal for countering the influence of private digital assets such as Bitcoin (BTC). 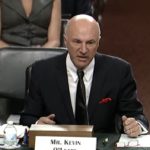