GameStop (NYSE: GME) started getting into the crypto space by introducing a non-fungible tokens (NFT) marketplace. Namely, the company announced the open beta on July 11, stating that gamers, creators, collectors, and other community members will be able to buy, sell and trade NFTs.

Meanwhile, just days prior to the NFT announcement, GME topped the list of stocks with the most social media buzz as it announced a four-for-one stock split. Further, Micheal Patcher, Wedbush Securities analyst, gave an update on the stock, remaining wary of the company’s fundamentals.

“GameStop management knows that they have a 100% retail shareholder base, and so, they are catering to them. It (the stock split) is also a distraction because the NFT market is dead, and that was the last thing that they did that tried to get people excited.”

Presently, GME shares are up over 13% in the past five days, with most other stocks down in 2022.

GME shares closed up over 3% in yesterday’s session; however, a double bottom has been noted on the daily chart, which usually indicates a change in sentiment. Prices have been rising strongly recently, so it may be a good idea to wait for a consolidation or retreat before considering an entry.

Furthermore, a possible support zone could have formed around the $140.39 level, while resistance is likely around $146.51.

GameStop is still heavily shorted with short interest at more than 22% of the total float, and the stock price has been hurt with the CFO deciding to leave the company on July 7. Similarly, the company also announced that it would be reducing staffing across the company.

Since there is still buzz around the stock that started the meme investing craze, it is hard to predict where the shares will go from here. One thing is certain: more volatility can be expected in the short term. 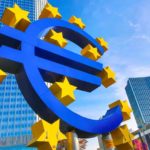 Digital Euro will only succeed if it's part of Europeans 'everyday lives,' ECB says