Even after the infamous collapse of stablecoin TerraUSD (UST) and its sister coin Terra (LUNA) caused grave losses for investors, the Terraform Labs ecosystem refuses to give up and has confirmed the launch of the new Luna 2.0 blockchain, announced to arrive on May 27.

As a result of the announcement, the interest in the anticipated new blockchain has skyrocketed – in some regions more than others, according to the Google Trends data acquired by Finbold on May 25.

Indeed, the interest in the keyword ‘LUNA 2.0’ on Google Search has increased dramatically in the past weeks, soaring from only 8 in the week starting on May 1, to 100 on May 15. On May 22, the interest score somewhat dropped and stood at 89.

As Finbold earlier reported, Do Kwon, the CEO of Terraform Labs, made an official request to several cryptocurrency exchanges to relist LUNA 2.0 once it goes live – saying “Please list Luna 2.0.”

The exchanges in question are the top five that support South Korean Won (KRW) trading in Korea and the request was made about a week after the vote titled ‘Rebirth of Terra Network’ was submitted. 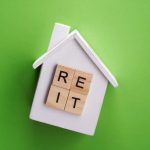