The global stock market has experienced plenty of turbulence in 2022, with projections the situation could worsen amid a looming recession as investors continue worrying about the central banks’ ability to stabilize the economy. Despite the fears, several stock exchanges continue to record listings by different companies as the market monitors for any signs of stability.

In particular, data acquired and calculated by Finbold indicates that the five leading global stock exchanges have cumulatively listed 459 companies between January 2022 and September 2022.

Elsewhere, Europe’s Euronext listed only three companies over the period. The exchange, with $5.62 trillion in market cap, has a total of 1,981 companies. As of January 2022, the five stock exchanges hosted 13,838 companies. The number of listed companies cumulatively grew 3.31% to 14,297 as of September 2022.

The increase in the number of publicly listed companies appears to defy the ongoing economic condition impacted by both emerging and residual factors. Notably, the global economy is facing geopolitical tensions, stock market volatility, growing concerns regarding commodities, the impact of inflation and continued interest rate hikes. These conditions have culminated in widespread fears that a recession might be imminent.

Notably, a recession environment has the potential to result in depressed stock prices since consumer spending usually decreases with an increase in unemployment rates. Additionally, investors become more risk-averse with reduced interest in investing in stocks. This narrative is complemented by a recent report that indicated that the United States stock market is undergoing its third highest drawdown in history in 2022.

However, the listing activities could potentially be higher since it can be assumed that most companies have likely paused their plans to go public. In this line, they are potentially re-evaluating their plans to ensure they can adapt to the new macroeconomic conditions. The listing activity might spike in 2023 once the inflationary environment eases and companies have the stability to meet their long-term growth plans through IPOs.

Overall, the IPO market will potentially record a rebound once the stock market registers increased demand. However, this ability will depend on how global central banks handle the skyrocketing inflation, which remains the main barrier.

Interestingly, the listing activities have come amid the slowing down of special purpose acquisition companies (SPACs), which were used prominently as an alternative channel for private companies going public. Indeed, most companies that went public through this vessel have recorded slowed performance, a factor that has potentially deterred investors.

From the data, United States-based exchanges are leading in the number of newly listed companies. Historically, listing on the U.S. stock market comes with benefits such as access to capital, improved branding and visibility, accountability, and increased liquidity while operating in a well-regulated market.

At the same time, stock exchanges in the Asia Pacific region are attracting companies despite significantly reeling from the extended impact of the Covid-19 pandemic. However, several initiatives, including support from governments and central banks, are driving optimism among high-profile companies. Notably, most regional companies remain cautious due to factors like geopolitical tensions and regulatory changes.

Consequently, the uncertainty in Asian markets, especially China, has forced some companies to explore the American market. Notably, the U.S. stock exchanges have an appetite for big Chinese company listings.

Listing in the U.S. offers Chinese companies access to some of the leading public capital pools and a diverse group of investors. However, geopolitical tensions have paused the threat of destabilizing the relationship.

Away from the prevailing market conditions, the exchanges are still attracting companies due to factors like existing incentives. Notably, some regions are known to have reduced corporation tax rates and flexible regulations.

In general, the outcome of the current macroeconomic conditions will be central to influencing the listing of companies. 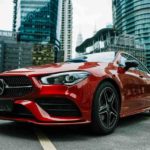