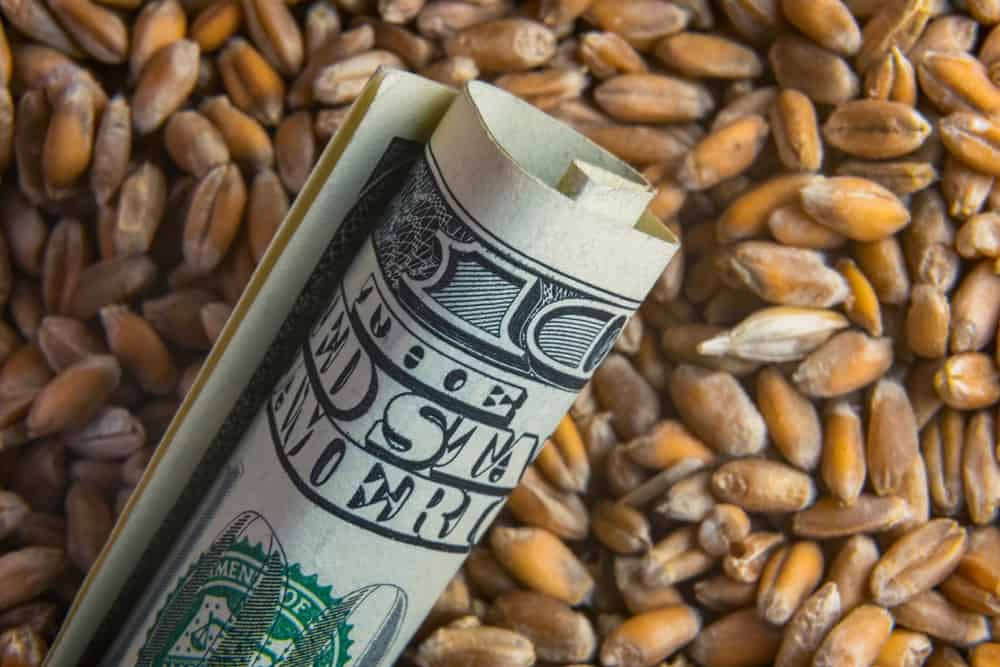 The global wheat prices continue to soar following disruptions emanating from Russia’s invasion of Ukraine, with the two countries serving as key producers of the grain.

Prices for wheat per bushel reached $10.95 on March 14, 2022, marking the highest level in 14 years and a 77% increase over the previous 12 months, as compared to $6.18 recorded over the equivalent period the previous year.

Interestingly, on March 7, 2022, the worldwide wheat price reached an all-time high of $12.94 a bushel, setting a new record.

The war has resulted in high supply disruption that jeopardizes food security in regions dependent on Russia and Ukraine produce. Worth mentioning is that the prices could surge further, especially with no end to the conflict in sight.

Interestingly, notable spikes in wheat prices were also recorded in 2014 when Russia annexed the Crimea peninsula.

As a result, there are concerns that the sharp increase in prices might curtail the ability of grain-importing countries to purchase wheat. Western sanctions against Russia also continue to discourage wheat importers and shipowners from dealing with the country even as ports remain closed.

Overall, Russia’s invasion of Ukraine has disrupted global grain and energy markets, threatening to push food prices higher, resulting in some commodity experts predicting that a recession is ‘almost a guarantee’.

With the closure of ports and high prices, there is also a lack of transportation to meet the global demand for wheat and other grains.

The war has complicated other existing challenges that are not related to the conflict. Notably, farmers globally have faced challenges following an increase in price for critical inputs like fertilizer associated with the general global supply chain disruption emanating from the pandemic.

It’s also worth noting that agricultural commodities usually exhibit less volatility in instances of global economic disruption than stocks and other products like oil. However, recently,  prices began showing signs of spiking even when the Russian invasion of Ukraine was looming.

The impact of the war has resulted in the United Nations warning that the situation could result in a global food crisis. The agency noted that Ukraine and Russia are major food exporters for staple food like maize and sunflower oil.