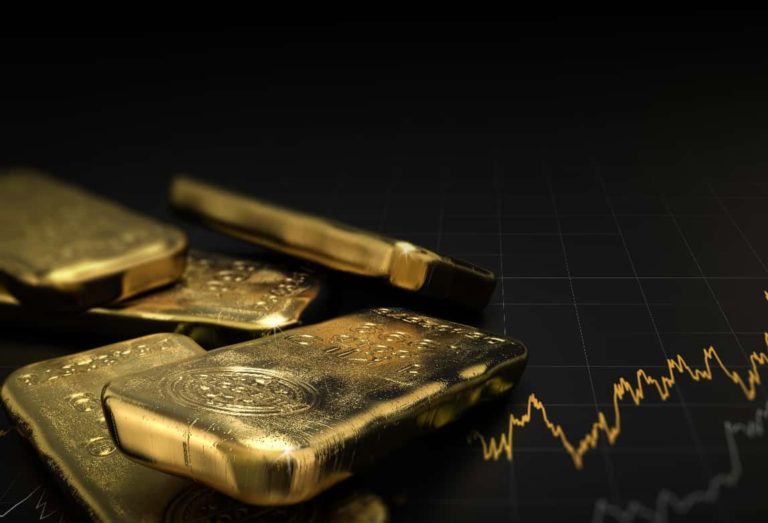 Gold trading stayed range-bound lately.  It oscillates around the $1,800 level since its failed attempt to break out in June this summer. Such equilibrium is related to the macro situation around three different vectors: ongoing pandemic uncertainty, high inflation, and hot labor market.

The game of three forces

The pandemic situation is adding uncertainty to the market and in such situations, gold tends to perform well as a safe haven asset. On top of that, high inflation is usually perceived as bullish for gold because of its traditional role as a hedge against inflation.

Unfortunately for bulls, in this situation, high inflation is seen as a trigger for the Federal Reserve (the central bank of the United States, often called simply “Fed”) to raise interest rates.

That is because Federal Reserve has a dual mandate: it sets inflation targets, to ensure price stability, which in turn creates a stable economic environment that can foster the goal of maximum employment.

It is assumed that in a predictable price environment companies can make the best long-term economic decisions which in turn guarantees stable economic growth and a healthy labor market.

At least since 1996, the US Federal Reserve has used monetary policy with the aim of keeping inflation at 2%—a number that Ben Bernanke, the former Fed chair, made an explicit policy target in 2012. For example, in March Jerome Powell stated that:

A few months later, at the end of October, the Fed chairman indicated that Fed is willing to tolerate higher inflation for now. But after President Biden picked Powell for the second term to lead Federal Reserve, the tone has changed once again.

In large part, because opinion polls show that high inflation is not well received by the majority of Americans, in fact, 88% said they are worried about high inflation. No wonder, as October’s annual US inflation rate stood at 6.2% as measured by CPI (Consumer Price Index derived by US Bureau of Labor Statistics).

Americans have not seen such high inflation in more than 30-years.

The second part of the Fed mandate is maximum employment which is full employment minus the natural level of unemployment. It means that anyone who can work should be able to find a job but at the same time, unemployment is not too low and is not causing wages to rise too fast which would perpetuate high inflation.

It is assumed such natural unemployment level to be 4-5%. New unemployment reading last week showed it falling to 4.2%, almost at par with the pre-pandemic level.

Given a healthy labor market and high inflation, Fed’s dual mandate will force it to act. The first step will be to accelerate the tapering of the bond-buying program (currently at $120 billion per month). Powel already announced he will be discussing this issue in the next Fed meeting on December 14-15. Interest rates should start rising sometime next summer.

On the other hand, growing Covid-19 cases and uncertainty over the Omicron variant could put those plans on hold. Even partial additional health restrictions would cool the labor market and Fed might turn more dovish. In such a case, we could observe a similar rally in gold prices as we have seen in December 2020 (marked green in the first graph) but most likely it will fizzle out before reaching any highs.

Rate hikes loom large over gold price as higher interest rates, baring geopolitical turmoil, would divert monetary flows away from gold. In that case, gold might consolidate at lower levels, probably in $1600s.

On the other hand, the political world seems to be less stable than it has been in decades. Hence, the gold appeal might be based more on other factors than short-term economic outlook.