As Bitcoin (BTC) continues to move in a sideways trading pattern with the majority of the cryptocurrency market, traders and investors are analyzing its historical movements to see if there is hope for a bullish rally in the following year.

Taking into account Bitcoin’s movements in the past, a pattern emerges of a year when the flagship digital asset achieved its all-time high (ATH) followed by a bear market year, as observed by pseudonymous crypto analyst Moustache on December 22.

If the pattern holds out, this means that the 2022 bear market for Bitcoin could be followed by three years of price increases, potentially peaking in 2025, after which 2026 would ensue as another bear market year. 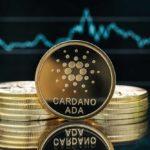 Meanwhile, legendary investor Bill Miller voiced his surprise at Bitcoin’s performance during the setbacks suffered by the crypto industry as a whole in recent times, projecting it would likely perform better in the future as the Federal Reserve eases its monetary policy.

“I’m surprised Bitcoin isn’t at half of its current price, given the FTX implosion. People have fled the space, so the fact that it’s still hanging in there at $17,000 is pretty remarkable. But inflation is being attacked, and real rates are rising rapidly. I would expect that if and when the Federal Reserve begins to pivot, Bitcoin would do quite well.”

Earlier, Bloomberg Intelligence’s commodity strategist Mike McGlone expressed his expectation that Bitcoin would likely experience “a warm spell” and resume its rally in 2023, with a chance to outperform financial markets as the global economy focuses on a possible further decline, and BTC rises to become digital collateral.

Interestingly, PricePrediction’s machine learning algorithm has set the price of Bitcoin at $16,722 for January 1, 2023, which would represent a decline of 0.65% from its current price, while the CoinMarketCap community’s estimates project an increase of 15.05% by December 31, 2022. 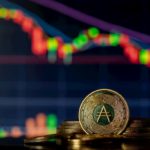