Bitcoin’s (BTC) price has risen beyond the critical $42,000 level on April 21, as the asset continues to gradually climb above resistance levels after briefly testing support below the $40,000 threshold just a few days earlier.

One of the elements that might signify a shift in the price of the flagship digital asset in either way is the amount of money that is flowing out of and into cryptocurrency exchanges, and Bitcoin has lately seen a significant outflow from these platforms.

Notably, on April 14, Bitcoin experienced its largest exchange outflow in five weeks, with as much as 25,878 or $1.04 billion BTC leaving crypto exchanges in just 24 hours. Following this, Bitcoin spot exchange reserves have reached their lowest levels in over four years, according to data from Crypto Quant published on April 21.

Effects of Bitcoin on crypto exchanges

According to historical data, large quantities of Bitcoin moving off exchanges cause prices to climb if the trend is maintained for a few days.

“Historically, large quantities of BTC moving off exchanges leads to price rises given a few days for the pattern to hold.”

For two reasons, Bitcoin flowing out of exchanges is often seen as a positive development in the crypto space. The pattern indicates that Bitcoin owners are not now eager to sell their coins for a variety of reasons and are instead opting to ‘HODL.’

Furthermore, this implies that there are fewer BTC available on the market for whales to dump, and liquidity is drying up due to the lack of Bitcoin in general.

The cardinal rule of Bitcoin assets is to keep your own keys, and the pattern might also indicate that users are taking this advice more seriously in the current climate. 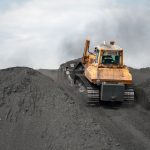