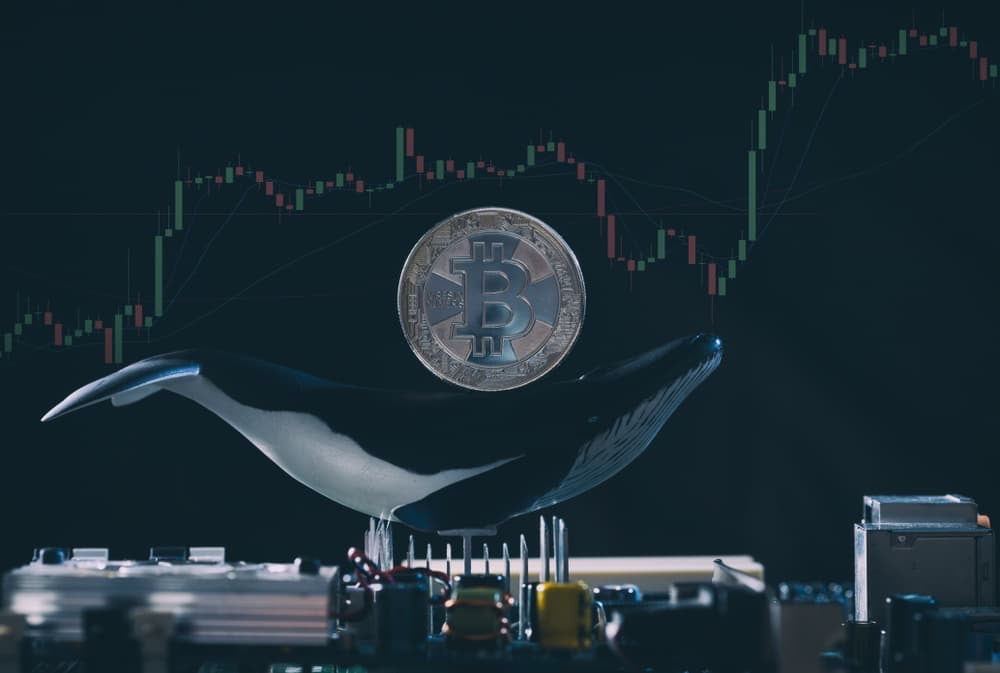 As the overall value of the cryptocurrency market drops back below the $2 trillion capitalization and the price of Bitcoin (BTC) decreases by as much as 17% in two weeks, the behavior of whales suggests it could fall lower still.

Specifically, the number of addresses on the network holding more than 10,000 BTC has dropped by 4.6% over the past four days, crypto analyst Ali Martinez highlighted in a tweet on April 13.

Martinez also shared a chart from Glassnode which shows the significant decline in the number of addresses with more than 10,000 BTC in their crypto wallets. On April 11, their number stood at 87, while four days earlier there were 91 of them.

Considering the price of Bitcoin at press time, this means that four whales, who have altogether held at least $397.61 million (but probably more) in BTC have either left the network or redistributed their supply.

It is worth noting that Finbold reported on Martinez’s analysis one week earlier when the expert noted that the number of Bitcoin whales holding over 1,000 BTC had reduced by 16 between March 28 and April 3.

According to the analyst, such behavior of whales, in both cases, could exercise significant downward pressure on Bitcoin, possibly pushing its price (even) lower than the $39,799 it stood at press time.

On the other hand, the on-chain and social metrics analysis platform Santiment tweeted, also on April 13, that a continued steady supply of around 4,000 Bitcoin whale transactions exceeding $1 million per day was observable Monday through Friday, “with mild slowdowns on weekends.”

“Large increases are what we are looking out for to foreshadow a price bounce after April’s retrace.”

The platform substantiated these conclusions with a chart that shows whale transactions spikes during different times.

Meanwhile, the current price of the flagship digital asset is down 1.72% over 24 hours and has lost 11.4% across the previous seven days.

The current market cap of Bitcoin is $756.65 billion, making it the largest cryptocurrency by this indicator, according to CoinMarketCap data.