As the founder of Terraform Labs, the parent company of the collapsed Terra (LUNA) ecosystem Do Kwon continues to evade authorities, a group of crypto retail investors has come together in attempts to locate the fugitive.

The group’s operations are coordinated through the social media platform Discord, where members share the latest clues. Recent hints suggest Kwon, who has an Interpol red notice over his name, might be residing in Dubai, Russia, Azerbaijan, Seychelles, or Mauritius.

However, there is a firm conviction that Kwon might be in Dubai due to the region’s crypto-friendly regulations.

“Dubai is friendly to crypto, very international (he would not stand out), and has limited extradition treaties. It would seem like the best fit for the 3-5 hour timezone shift apparent in the data,” said a URG member.

Despite Interpol’s involvement in the matter, some URG members accused the agency of ineffectiveness since it heavily relies on the hosting country.

The group members also comprise individuals who claim to have significant life savings after the collapse of Terra. Some also organized class action against Kwon and his company.

It is worth noting that Kwon has denied any wrongdoing in the crash while maintaining he is not on the run after the South Korean prosecutors issued a warrant against him for violating the country’s securities laws.

However, experts have suggested that if Kwon is arrested, the charges to be preferred against him are unclear. This is due to uncertainty on whether cryptocurrencies are under the securities law in South Korea.

Notably, with Kwon’s whereabouts unknown, authorities have shifted focus to his close associates involved in running Terraform Labs. In this case, a South Korean court recently declined a request by prosecutors to issue an arrest warrant for Kwon’s aide who headed Terraform Labs’ business operations.

Indeed, Terra is among the crypto projects that crashed amid the ongoing crypto bear market, alongside firms like lending platform Celsius Network. The lender’s troubles began after restricting withdrawals citing issues with liquidity amid allegations the company’s business model was ineffective. 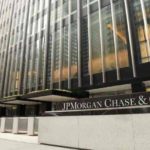