Indeed, the class action, proposed to a federal court in the U.S. state of New Jersey, alleges that Celsius incurred $10 billion by selling unregistered securities in a Ponzi scheme and convinced investors to purchase its financial products at inflated rates, Law360 reported on July 14.

The class action suit document was made available by former U.S. Securities and Exchange Commission (SEC) enforcement attorney John Reed Stark, who posted it on his Twitter account on July 15.

According to the lawsuit, plaintiff Taylor Goines “purchased Celsius Financial Products during the Relevant Period and suffered investment losses” as a result of the conduct of the defendants, including Celsius Network, two related entities, CEO Alexander Mashinsky, and three executive directors – David Barse, Alan Jeffrey Carr, and Shlomi Danier Leon.

Furthermore, the complaint stated that the recent crypto collapse revealed the fragility of the Celsius ecosystem and the fact that Celsius didn’t have enough assets on hand to meet its withdrawal obligations to the investors. In fact:

“Much like a literal Ponzi scheme, Celsius could only maintain its yield rate promises by continually bringing in new investors whose new influx of money would be used to pay off the yield for old investors.”

As per the class action text, Celsius held billions of dollars in leveraged positions on decentralized finance (DeFi) protocols that were threatened with liquidation during the crypto market decline.

To avoid liquidation, Celsius appeared to be forced to deploy over $750 million of liquid assets that could no longer be used to meet withdrawal obligations, resulting in the company freezing user withdrawals, swaps, and transfers.

Moreover, the plaintiff said that Celsius sold “earn rewards accounts’ to clients who lent crypto assets to the company in exchange for the company’s guarantee to provide a variable monthly interest payment.

Celsius’s interest was generated by loaning crypto to institutions and corporations, lending U.S. dollars and stablecoins to retail investors, and investing in “other highly speculative cryptocurrency ventures.

Then, the company pooled these assets together to fund its lending operations and proprietary trading. As the lawsuit explains:

“Despite the additional risk, and lack of safeguards and regulatory oversight, as of March 2021, Celsius held the equivalent of $10 billion from the sale of these unregistered securities in violation of federal and state securities laws, which peaked at over $25 million later that year.” 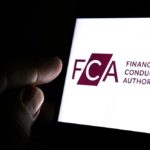 US and UK set to 'deepen ties' on crypto regulation, says British watchdog