The two all-time high periods contrast one another due to factors that have acted as catalysts for the bull run. In 2017, Bitcoin’s bull run was driven by retail investors and the Initial Coin Offering (ICO) frenzy that swept the cryptocurrency market.

The 2020 Bitcoin bull run is due to increasing interest from institutional investors and big companies endorsing the asset. For instance, digital payment giant PayPal began enabling crypto transactions while MicroStrategy converted a big percentage of its cash reserves into Bitcoin.

Between December  2020 and January 2021, the highest value for ‘Bitcoin’ search was at 41. Bitcoin has gained more than 20% so far in January following its more than 300% gain in 2020, driven largely by an influx of institutional investment.

However, it is worth noting that a high search value does not necessarily translate into increased buying pressure. In most cases, investors search for information but remain on edge.

At the start of the current bull run, some cryptocurrency experts suggested a new FOMO setting. However, Google Trends suggest otherwise.

On November 7, 2020, the value for ‘Bitcoin’ search globally returned 10. It is significantly lower than the value of 93 recorded in early December 2017 following Bitcoin’s record above $15,000. This is an indicator that institutional investors are leading in the Bitcoin price surge.

Companies amass over 1 million in BTC (over $40B)

Established financial figures and companies have been warming up to the cryptocurrency. In addition to the price surge, Bitcoin’s resilience during the pandemic means it can no longer be ignored. The asset is now under consideration as an alternative form of wealth.

More companies continue to acquire Bitcoin boosting investor confidence in the digital currency. The companies are publicly traded, private, and ETFs. Data indicates that companies hold 1,151,618 BTC equivalent to $40,319,646,803 as of January 6, 2021.

Most importantly, the gains by Bitcoin are due to the maturing cryptocurrency market. Over the years, the sector led by Bitcoin has established itself to alleviate previous fears by institutions. Compared ongoing bull run to one three years ago, Bitcoin’s 2021 status makes it more sustainable. 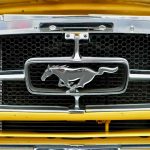