Japan is aiming to further relax cryptocurrency regulations by making it simpler to list digital assets, which might enhance the country’s appeal to leading crypto exchanges such as Binance, among others.

Unless the tokens are new to Japan’s market, the governing body of crypto exchanges intends to let them list cryptocurrencies without requiring them to through a rigorous screening process, according to new documents Bloomberg reported on October 19.

The more lenient regulation may go into effect as early as December, making it easier for startups to compete with more established companies in the market by streamlining the process of listing tokens and reducing the threshold for entering the market. The member companies only recently received the paperwork that details the adjustments that were made.

As a change away from the regulatory tightening that occurred a few years ago, Japan is becoming more proactive about the process of revitalizing its cryptocurrency industry. The largest digital asset exchange in the world, Binance, is applying for a license to operate in Japan four years after it withdrew from the market there, in part due to the government’s shift in policy.

in digital assets from their peak in 2021.

According to comments made by Vice Chairman Genki Oda, who described them as his personal views, the Japan Virtual and Crypto assets Exchange Association, by March 2024, may do away with pre-screenings for coins that are new to the country, as well as for tokens that are issued through initial coin offerings (ICOs).

While authenticating the documents, he said in an interview that “we hope the latest measure will help revitalize Japan’s crypto assets market.”

Exchanges will be allowed to list tokens within 30 days after declaring their listing plan and coin evaluations once the JVCEA’s proposed action goes into effect. This will allow for faster trading. Oda has said that the aim is to reduce it to within 14 days of April’s start date at the very least. 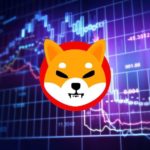