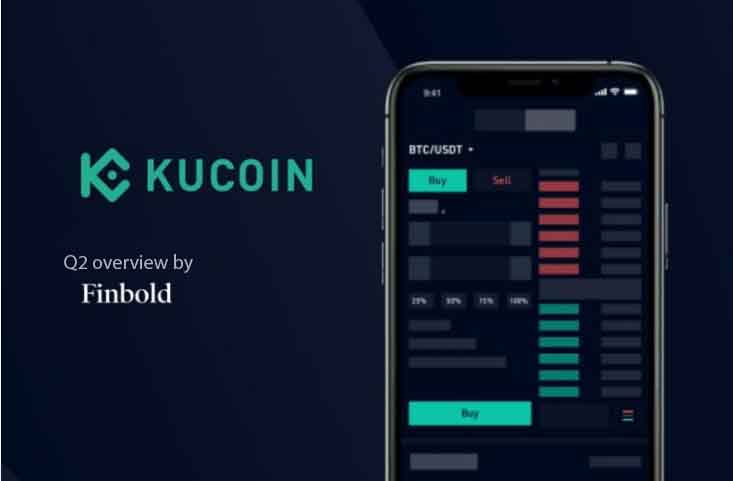 Cryptocurrency exchange KuCoin reported that the total number of new users in Q2 2021 topped two million, with a record quarter-over-quarter growth of 1,144% and a year-over-year increase of 709%, according to the press statement published on August 30, 2021.

There have been 810 million transactions on KuCoin so far, totaling $400 billion. The average daily trade volume has increased by 791% in the past year and currently stands at $4.3 billion. While the figure ranks it below Binance, Coinbase, Huobi Global, and FTX, it is still among the world’s largest crypto exchanges.

KuCoin users on mobile devices are also on the rise, with a 755% increase in installs compared to last year. A quarter-over-quarter increase of 178% was recorded in the second quarter of 2021 with 1.07 million installations. Currently, more than half (54%) of traders are using the platform on their mobile devices.

For the first time, mobile trading outperformed the exchange’s online version in terms of metrics. One explanation for this trend is the rising demand for payment services among retailers throughout the world, as well as the widespread usage of mobile and contactless payments.

35% of Nigeria’s population are crypto investors, new study reveals SHIB is the most-searched digital asset on KuCoin, followed by SAND and BTC Binance remains the world’s most popular crypto exchange with 170 million visitors in October

Female users have more than tripled in six months. A 120% quarterly increase in new female users and a 350% yearly increase have contributed to this year’s fast crypto industry expansion.

“Over the past year, we made immense progress in onboarding new users and creating an easy entry for both men and women. To achieve such growth, KuCoin specifically has been providing its users with educational guides, 101 sections, as well as holding AMA sessions with the CEO.”

“We have also launched a number of new crypto services allowing users with minimal understanding of crypto to get boarded in trading easily. We firmly believe that one day everyone will get involved with crypto, and we will contribute to making it happen.”

In 2021, KuCoin will continue to expand into new areas and markets, with the technology being adopted on a national scale in emerging countries of Latin America, Africa, and Asia, with a QoQ increase of users of 171.93% 130.16%, and 67.5%, respectively. People who live in areas with high inflation and easy access to mobile phones are the most likely to use the exchange.

In particular, the crypto space has seen an increasing number of nations in Central America and the Caribbean, such as El Salvador, adopting Bitcoin as their national currency. Honduras installed its first crypto ATM earlier this week, while Cuba became the latest country to recognize and regulate cryptocurrencies such as Bitcoin.

Finally, compared to the previous quarter, KuCoin’s African users’ trading volume grew by 20 times in the second quarter of 2021.

According to the most recent statistics available, African crypto markets are seeing a huge boom in the second quarter of 2021. As a result, the company has also rolled out highly specialized services for African consumers early, which commensurates with this.