The banks are abandoning the project launched in 2017 over alleged failure to meet the projected volumes, Reuters reports.

According to three sources privy to the matter, the partners will meet in the coming months, but the meeting won’t change the decision. Other partners on the project include HSBC, Morgan Stanley, and JP Morgan.

The sources noted that it is clear that the futures have not been successful as intended. They revealed that the banks have been incurring losses by paying maintenance fees but they had millions of dollars locked up in a default fund for them.

Notably, the futures registered a positive start with 14.3 million ounces of gold worth around $20 billion and 121 million ounces of silver worth about $2 billion in September 2017. However, the values began to fall actively.

However, the sources add that despite the futures failing to register success, they will likely go on exchange because regulators want it.

At the launch phase, the banks intended to use the futures to tighten the regulation that would push bullion trading in London away from over-the-counter (OTC) deals. The deals usually occur between banks and brokers to exchanges.

Regulators view this approach as safe and transparent. The banks had initially agreed to promote trade in the futures in return for 50% of all revenues generated.

“The World Gold Council strongly believes in increasing transparency and investor accessibility to gold. This is why we support LME precious and will continue to collaborate across the industry on similar initiatives,” said Mike Oswin, WGC’s global head of market structure and innovation.

The dwindling returns from the futures might be a direct impact of the Bitcoin influence. Over the recent months, Bitcoin has emerged as a competitor of gold for the store of value status.

Bitcoin’s price has been on the rise attracting various institutional investors. Elsewhere, the price of gold and silver has failed to take off.

Additionally, the WGC confirmed in a report released on October 7th that global gold-backed ETFs witnessed a net outflow of 15.2 tonnes or $830 million in September.

In total, global gold ETFs have experienced withdrawals of $8.3 billion so far this year (-156 tonnes). As a result of the latest outflows from ETFs, gold prices fell by 4% in the last month. 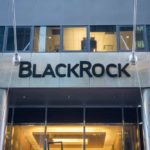