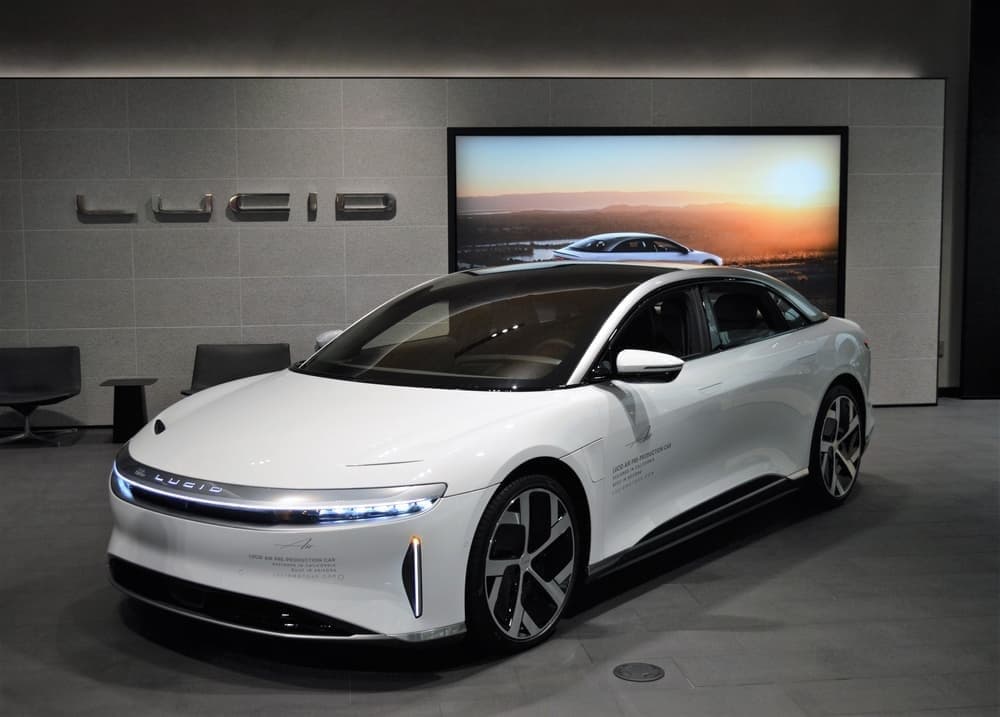 After the Federal Reserve signaled that it would begin raising interest rates in March, the Nasdaq saw a significant increase in sell-offs as markets flirted with a correction.

The electric vehicle (EV) sector has not been exempt from the general market downturn. The stock prices of Lucid Group (NASDAQ: LCID) and Tesla (NASDAQ: TSLA) have both fallen by more than 20% year to date (YTD), respectively.

Due to the general interconnected nature of the EV industry, Lucid’s shares fell 14% on Thursday, January 27, after Tesla’s after-market disclosure of its Q4 and full-year financial reports on Wednesday, January 26. As a result of this competition, we will take a deeper dive into the two companies below and analyze what analysts predict will happen in 2022.

For the fiscal fourth quarter of 2021, Tesla announced stellar results, with sales increasing by 65% year on year, earnings exceeding expectations, and profit margins increasing across the board.

While doing so, Tesla also issued a warning about “equipment capacity, operational efficiency, and… supply chain” issues that were affecting its company and were expected to persist throughout 2022.

In this sense, Tesla’s announcement was potentially unfortunate news for Lucid in two ways. Lucid’s luxury electric vehicles face a number of challenges, including the fact that Tesla’s remarkable sales performance is tearing up the EV industry and depleting the supply of prospective purchasers but also Lucid’s ability to scale up manufacturing may also be hampered by the same supply chain issues that Tesla is experiencing.

TSLA’s price has fluctuated from $792.01 to $1208.00 in the last month. It is currently trading at the lower end of this price range, and although the volume has increased significantly in the last few days, it doesn’t appear to be a good setup presently. Due to the sheer volatility, it is difficult to determine an ideal entry and exit position.

When we analyze the support, we observe two significant areas: a support level at $846.34 generated by a horizontal line in the weekly time frame and a support zone spanning the price range of $826.92 to $829.09 formed by a combination of various trend lines in different time frames.

Based on the price forecasts of 31 TipRanks experts’ stock recommendations for TSLA during the last three months, a majority of seventeen urge to ‘Buy,’ while seven prefer to ‘Hold,’ and another seven opt to ‘Sell.’ As a result, the consensus rating for Tesla stock is a ‘Moderate Buy.’

In the last month, LCID has traded in a range of $25.63 – $47.59, which is wide, and it is presently trading at the lows of this range. Since prices have been dropping sharply in recent weeks, it is best to avoid taking on new long positions.

At $27.15, a key support zone is established by the convergence of multiple trend lines over different time frames, while at $37.35, a significant resistance level can be seen from a trend line in the weekly time frame.

While multiple trend lines and key moving averages in the daily time frame create a resistance zone spanning from $41.53 to $42.03.

Overall, six Wall Street analysts have set a high price objective of $60 for Lucid’s stock for the next 12 months and a low price target of $16. The median analysts estimate for LCID to trade at is $41.20, representing a 40.18% increase in value over the stock’s current trading price of $29.39.

Based on the price forecasts of six TipRanks experts’ stock recommendations for Lucid during the last three months, two advocate to ‘Buy,’ while three prefer to ‘Hold.’ Notably, just one analyst opts to ‘Sell.’ As a result, the consensus rating for LCID stock is a ‘Hold.’

What does 2022 have in store for Tesla and Lucid

There’s a lot to admire about Lucid; the company’s leadership is a decent mix of auto industry veterans and electric vehicle experts, which fits well with CEO Peter Rawlinson’s goal of a company that builds on the lessons learned during Tesla’s formative years.

In the same vein as Tesla, Lucid is starting from the ground up to establish an electric vehicle company. By selling a $170,000 luxury electric car, Lucid is following in Tesla’s footsteps, intending to provide lower-priced EVs after it has secured significant market share.

Following a convertible senior notes issuance of $2 billion, Lucid now has around $6 billion in cash at its disposal. In the next year, Lucid will be in a strong position to grow its manufacturing and production capacity. In 2023, the EV manufacturer also wants to expand into China, which now has the world’s highest rate of EV adoption.

However, given that Tesla’s 2021 vehicle deliveries surged over 80%  and the rival is expected to reach 1.5 million deliveries in 2022, Lucid will also want to compete. However, the risk of scaling up production remains a key issue for Lucid shareholders.

Thus, any delay in Lucid’s schedule might have a detrimental influence on the company’s stock price; hence investors will be keeping a close eye on how the supply chain bottleneck will affect the two firms going forward.