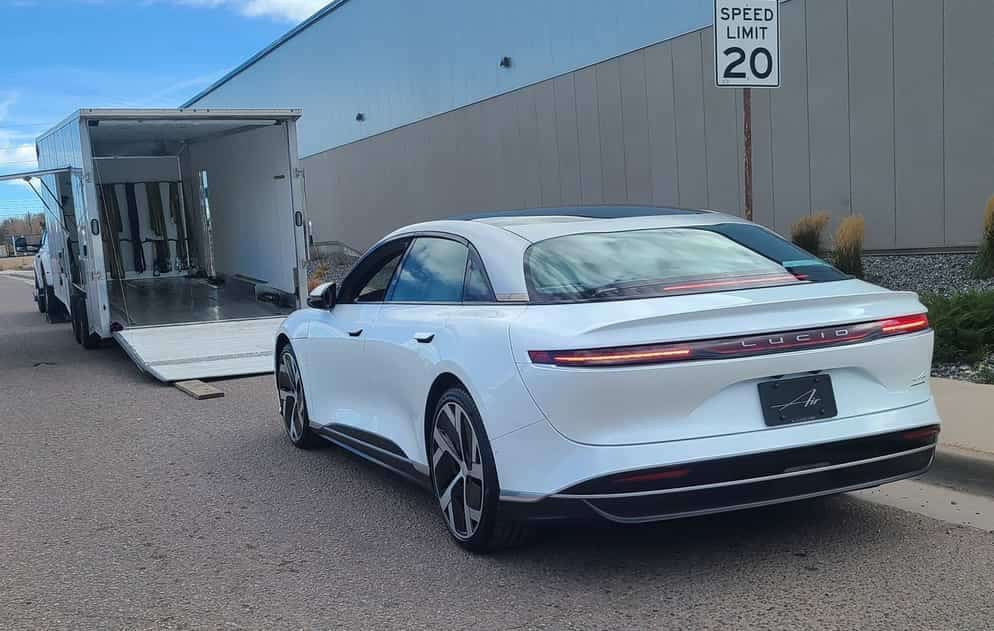 The company had a solid start to last week after announcing its third-quarter financial results and further information on vehicle reservations, leaving analysts split on the stock despite a 90% climb in a month.

Lucid is now trading around its 52-week high while the S&P 500 Index is trading in the higher portion of its 52-week range, but it is not approaching new highs, which means that LCID is outperforming the market as a whole.

In the previous month, the price of LCID has fluctuated between $33.02 and $57.75, which is a significant variation. In terms of price, it is now trading around the upper end of this range with both the long-term and short-term trends looking encouraging.

For the time being, Lucid stock does give a reasonable setup pattern. Recent price consolidation has resulted in a reduction in volatility, which is a positive development. Above the current price, there is just a little amount of resistance to be overcome.

We discovered one significant resistance region, which spans the range of $55.22 to $55.53 and is produced by a combination of many trend lines throughout different time periods.

In addition, we have seen that significant players have shown an interest in LCID in the last few days, which is another positive indicator.

Interest in EV sector higher than ever

Many investors, though, took advantage of the Rivian stock’s surge and capitalized some profits making some money off of it. However, while its stock has dropped by 35% from its previous highs in value, Lucid shares which have risen by more than 90% in only the past month, have maintained their gains.

It is expected that Lucid’s technology will serve as a growth engine for the company in the future. The Environmental Protection Agency’s (EPA’s) approval of the first long-range Air models with a battery range rating of 520 miles allowed Lucid to demonstrate that it could back up the technological edge that the company’s management has promoted as a differentiating factor.

Lucid stock benefitted to some degree when the firm received the recognition for Lucid’s luxury sedan as MotorTrend’s 2022 “Car of the Year” that drew the most interest from investors, and the publicity produced by the company’s inaugural deliveries.

Indeed, there is interest around the electric vehicle with the firm’s active Twitter account recently surpassing 200,000 followers. Nevertheless, in order to meet its sales projections, the business will have to begin turning those followers to buyers and selling its cars on a global scale beginning next year.

The company intends to begin delivering vehicles throughout Europe, the Middle East, Africa, and China over the following two years, following deliveries in the United States.

Finally, in the third quarter, Lucid ended with $4.8 billion in cash on hand, this money no doubt will be used to expand its manufacturing facilities in Arizona, under the second phase of development. All that matters now is whether or not Lucid’s technology can keep up with the ever-changing landscape.