Lucid Motors (NASDAQ: LCID) announced in a press release on Thursday, October 14, 2021, that it is extending the redemption date of its Public Warrants until 5:00 p.m. Eastern Time on October 29, 2021.

Indeed the news from the firm, which is setting new standards with its advanced luxury electric vehicles, allows holders of Public Warrants additional time to exercise them.

Essentially, a Public Warrant issued by the company grants the holder the right to purchase business shares at a certain price before it expires on the date of issuance. In particular, Public Warrants sold as part of the initial public offering (IPO) units are an effective method for the business to increase revenues while also allowing investors to make a fast investment.

Although Lucid has fulfilled and surpassed all notification requirements under the warrant agreement and is not obliged to take this step. In fact, the firm believes that this will assist retail investors, who may not have been informed of the original redemption notice or the provisions of the warrant agreement.

Bear in mind the $19.91 price was before the Production Preview week, which started on September 27 with bulls pushing the firm’s stock price higher amid the excitement, as the week preceding the event saw an influx of $8 billion into LCID shares.

During the week at the Advanced Manufacturing Plant (AMP-1) in Casa Grande, a limited number of guests were able to observe Lucid Air manufacturing processes and learn more about Lucid’s breakthrough EV technology from Lucid’s top engineers.

Deliveries set for end of October

Furthermore, Lucid told reporters Tuesday, September 28, that manufacturing of its first customer vehicles has begun, with deliveries scheduled to begin late this month.

Interestingly, the Air Dream Edition, designed as a special version of the company’s flagship passenger electric vehicle, the luxury sedan will retail for $169,000.

The performance figures for this top-of-the-line electric vehicle are remarkable. A few weeks before the Air Dream Edition’s manufacturing began, the Environmental Protection Agency published an official estimate of the vehicle’s range, 520 miles on a single full charge.

With just 48 hours having passed since the electric vehicle company raised the number of available Air Dream Edition vehicles to 520 following the record, the much-anticipated Air Dream Edition already sold out of its limited supply.

Whatsmore, management intends to increase the size of the Arizona plant by 2.7 million square feet in order to achieve production targets. After the reverse merger, Lucid was able to raise $4.4 billion for the company, which, according to Rawlinson, “will take us through to the end of 2022.”

For the most part, to achieve its 2023 targets, the business will thus need to acquire more funds, hence the Public Warrant extension, but more importantly, Lucid is counting on the performance of its early production cars.

If everything runs smoothly, the firm should be able to acquire more funds to meet its goal of producing 50,000 vehicles by 2023. 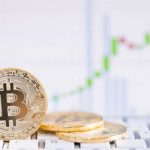