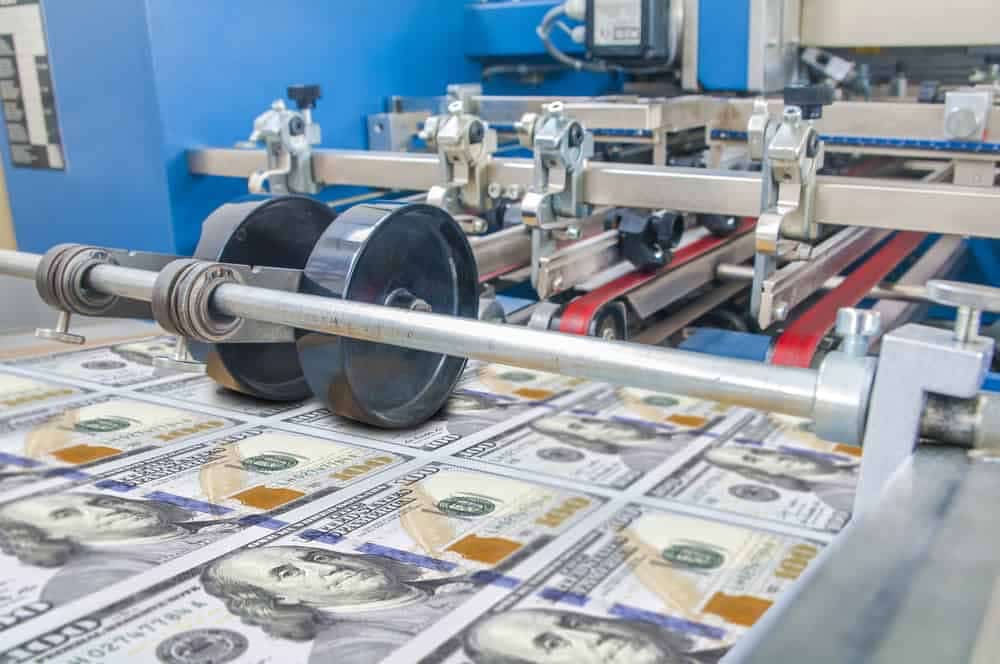 Since the U.S. Federal Reserve initiated its first Quantitative Easing (QE) program during the global financial crisis in 2008, central banking has been turned upside down.

Data acquired by Finbold indicate that the world’s leading central banks, including the Federal Reserve, Bank of Japan, European Central Bank, and the Bank of England, have injected more than $25 trillion into the global economy since 2008, with more than $9 trillion of that amount coming from COVID-19 alone, according to the Atlantic Council’s Quantitative Easing tracker.

Central banks are now faced with the tough fine line of curtailing massive asset purchases without jeopardizing economic development. In response to the economic shock caused by COVID-19, the world’s four leading central banks have increased their Quantitative Easing programs by a total of $9.1 trillion to support their own economies and the operation of international financial markets.

The chart shows that by purchasing more assets, the four banks have grown the size of their cumulative balance sheet by around 60% since the start of 2020.

Quantitative Easing and what it means

Whenever a central bank engages in QE, it acquires significant amounts of assets, such as government bonds, with the goal of lowering borrowing rates while simultaneously increasing expenditure to stimulate economic development and, eventually, inflation.

“The problem with QE is that it works in practice, but it doesn’t work in theory.”

Central banks may be forced to abandon their new policy approach if greater inflation continues. Changing forward guidance and shifting the average inflation objective to raise inflation expectations was the purpose behind the move.

The Federal Reserve wants to see inflation rise and will not hike interest rates immediately. This notion has been put to the test with COVID-19 and enormous stimuli.

Investors looking for a hedge against inflation

As reported earlier this week, gold prices rose steadily, reaching almost a five-month high after the latest inflation reading in the United States.

Wheaton precious metals CEO Randy Smallwood pointed out, inflation is becoming a threat and thus increasingly playing an essential role in the acquisition of commodities.

“Those are the core materials that we build all of our products from. And so, there’s no doubt that inflation is becoming a greater and greater risk as we go forward. And it’s going to play into it. I will say that right now because the commodity prices have climbed substantially,” he said.

As a result, many people are turning to gold, stocks, and cryptocurrencies, among other forms of stores of value, as a means of protecting themselves from inflation.

Highest inflation in more than 30 years

Meanwhile, on Tuesday 9 November, the producer price index (PPI) for the United States increased by 8.6 percent year on year, while the energy component increased by 30 percent over the previous 12 months.

With several nations on the point of financial collapse, national debt continues to be a subject of debate in the global economy. Even the most sophisticated countries are being hit hard, with national debt levels reaching historic heights.