Gareth Soloway, the chief market strategist from InTheMoneyStocks.com, has suggested that bitcoin might experience further price correction to $30,000 after Tesla (NASDAQ: TSLA) suspended the asset as a form of payment.

He maintained that a 50% correction in the price of bitcoin is not unusual. In April, bitcoin attained its all-time high of $64,800.

“But I still expect the neckline of this head and shoulders to break and at least to move down to $30,000 and then potentially all the way down to $20,000. Remember, $20,000 was the previous 2017 high. So a retrace to that would make a lot of sense. And again, investors have short-term memories, but if you think about bitcoin, 50% corrections are basically run-of-the-mill for bitcoin. It’s not super unusual,” said Soloway.

The strategist added that the financial sector should take Elon Musk’s cryptocurrency decisions seriously as they might have ripple effects. This is after bitcoin traded below the $50,000 after Tesla made the decision public.

Soloway further warned that bitcoin’s institutional uptake might decline following the Tesla decision. According to Soloway, some institutions might be skeptical about bitcoin since investors will question their environmental conservation priorities. Notably, Tesla suspended bitcoin, citing the high energy consumption used in bitcoin mining.

Tesla’s decision came after Musk revealed that his other company SpaceX would be accepting dogecoin for some of its missions. Interestingly, Musk has played a crucial role in bitcoin and dogecoin, promoting the assets through regular tweets.

Musk further revealed that he is engaging with dogecoin developers to make transactions more efficient as he pushes the asset for mass adoption.

Soloway believes that Musk’s support for dogecoin might be ideal because the asset’s current average price of $0.50 makes it easier for investors to buy, unlike bitcoin. By press time, bitcoin was trading at $48,890, dropping 16% in the last seven according to data provided by CoinMarketCap.

Watch the video: Bitcoin price to retrace to $30k, Fed to raise rates this year, where to run? Gareth Soloway 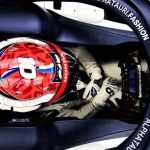