The German multinational automotive corporation Mercedes-Benz Group AG is taking steps into the digital space with non-fungible tokens (NFTs) and the metaverse.

The filing with the United States Patent and Trademark Office (USPTO) on December 14 was revealed in a tweet from NFT and metaverse licensed trademark attorney Michael Kondoudis in a tweet on December 19.

According to information by Mr. Kondoudis, the trademark filings for “Mercedes Benz, Mercedes, S-Class, G-Class, and Maybach” the filings will include licenses for digital currency, NFTs, retail stores for virtual vehicle parts, and cryptocurrency trading, among others.

It’s worth pointing out that this is not Mercedes-Benz Group’s first introduction into the crypto space. Daimler South East Asia, a part of the Mercedes-Benz Group, announced back in July a data-sharing network based on blockchain technology, which will leverage the Ethereum Layer-2 scalability platform Polygon to launch its product.

The data-sharing platform,, Acentrink was designed to let businesses purchase, sell, and trade data in a decentralized setting.

Meanwhile, Formula One (F1) continues making inroads into NFTs and the metaverse after filing trademarks ahead of the Las Vegas Grand Prix circuit slated for November 2023.

Interestingly, individual teams such as the F1 team Mercedes-AMG Petronas and the now bankrupt cryptocurrency exchange FTX had launched a joint NFT initiative. 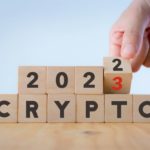