Meta (NASDAQ: FB) has indicated that if it cannot move data from European to American servers, it would be forced to take down Facebook and Instagram in Europe.

In its annual report filed with the United States Securities and Exchange Commission (SEC) on Thursday, February 3, Facebook’s parent company made the announcement.

The social media giant cited evolving norms and regulations from European authorities, courts, and legislative bodies that have been more scrutinized the business for having an impact on its “critical operations.”

Meta specifically highlighted a 2020 ruling by the Court of Justice of the European Union about the so-called “Privacy Shield” as justification for his position.

What was the agreement?

When it comes to the transfer of personal data from Europe to the United States, the EU has stringent data protection obligations.

The agreement, which had provided a framework for data transfers from the EU to the United States, was annulled by the European Court of Justice.

In order to transmit data, Meta presently employs Standard Contractual Clauses, which the business warns might be susceptible to “regulatory and judicial scrutiny.”

An early draft ruling by the Irish Data Protection Commission, according to Meta, found that the company’s dependence on SCCs to transmit European data was in violation of the EU’s General Data Protection Regulation.

In a statement, Meta claimed that a decision restricting its capacity to send data to the United States might be postponed starting in the first half of 2022.

“If a new transatlantic data transfer framework is not adopted and we are unable to continue to rely on SCCs or rely upon other alternative means of data transfers from Europe to the United States, we will likely be unable to offer a number of our most significant products and services, including Facebook and Instagram, in Europe, which would materially and adversely affect our business, financial condition, and results of operations.” Meta stated in the report.

Will Meta platforms be available in Europe?

New privacy regulations, such as the California Consumer Privacy Act, which establish new data privacy rights for users, restrict how Meta may use sensitive personal information, and give users more choice over how their data is used with third parties, might also have a negative impact on the social network platform.

According to Meta, the new rules and regulations might result in “unfavorable outcomes,” have a detrimental impact on creating new products, cause “negative publicity and reputational harm,” and compel the firm to change or discontinue its present business methods.

Meta shares plunged on Friday when Facebook announced that its user growth had reached a plateau the company’s paper worth was reduced by more than $200 billion.

The company is spending substantially on its future “metaverse” project, although for the time being, advertising revenue provides virtually all of the company’s revenue. Notably, cryptocurrency lender Nexo founder Antoni Trenchev recently revealed:

“One of the reasons why Facebook jumped in on the bandwagon is because they filled out the clients they can onboard on their existing platforms.”

As a result, when the company reported dramatically increased expenses while also forecasting dismal sales late on Wednesday, investors were alarmed. 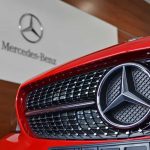