As more individuals seek a hedge against inflation in 2021, the number of worldwide monthly keyword searches for purchasing assets has revealed some interesting findings.

Data compiled by Finbold reveals that the average online monthly searches for the keyword ‘Buy Bitcoin’ worldwide has reached 241,000, which is three times more than ‘Buy Gold’ and nearly six times more than ‘Buy Ethereum.’ The numbers were extracted from the search engine optimization (SEO) tool Ahref.

In particular, people searching for the three target keywords across all countries are led by the United States and the United Kingdom, respectively.

The findings reveal that Americans search for Buy Bitcoin 116,000 times per month, which is 48% of the global volume searches, approximately three times as often as they search for Buy Gold 39,000, which was still 65% majority over the other nations.

The Covid-19 pandemic taught people many things, one of them being the importance of saving and investing. Those who made sound financial decisions before the pandemic could maintain their standard of living during the lockdown.

Consequently, in the midst of the pandemic, individuals began to seek out safe-haven assets to store their income. Traditionally, Gold has long been considered a solid hedge against inflation since it is accessible to individuals of all socioeconomic backgrounds and technical abilities. And, above all, Gold is the reserve currency of central banks.

On the other hand, Bitcoin is a digital currency based on the blockchain with some similarities to Gold. Because of its poor correlation with other assets—particularly stocks—many have previously dubbed Bitcoin “Digital Gold.”

Although Gold surpasses Bitcoin in terms of legality, transparency, and security is historically a lot less volatile.

However, as a store of value, Bitcoin has outperformed Gold by a factor of a hundred. In 2020, MicroStrategy made purchasing Bitcoin its official business strategy, with its CEO, Michael Saylor, calling the move a hedge against the anticipated depreciation of the US dollar. Tesla (NASDAQ: TSLA) and Square (NYSE: SQ) eventually adopted the idea of replacing a portion of cash reserves with Bitcoin.

“Gold is down 10.5% in the same year Bitcoin is up 332%. Gold has returned 0% per year in the same decade Bitcoin has returned 146% annually. Why do we still debate which is the superior store of value?”

The Nasdaq-listed company recently announced it added another 5,050 Bitcoin to its coffers for about $242.9 million, raising the value of its 114,042 BTC holdings to nearly $5.3 billion.

Despite the recent multi-fold increase in the price of Bitcoin, it is expected to appreciate in value against the US dollar for the foreseeable future. By 2030, many crypto advocates believe Bitcoin’s market capitalization may surpass that of Gold. 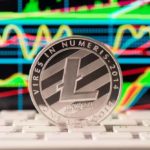 There are over 950 Litecoin-made millionaires despite fake Walmart news