One of the stocks that stood out during the market run-up was Twitter (NYSE: TWTR) which surged 22.24% on the news that Tesla (NASDAQ: TSLA) CEO, Elon Musk, will, in fact, proceed with the purchase of the social media platform. The initial deal still looks to be on the table where TWTR would be bought at $54.20 a share, a $44 billion deal.

Elon Musk tweeted on October 5: “Buying Twitter is an accelerant to creating X, the everything app,” giving rise to rumors about his previous idea of creating an everything app at x.com, a potential Twitter rival.

Notably, TWTR is one of the better-performing stocks in the Interactive Media & Services industry, outperforming 91% of 80 stocks in the same industry. Over the last month, the stock traded in a wide range from $39.30 to $52.30, shooting above all moving averages.

The sharp jump in TWTR price seen during yesterday’s trading session was the biggest gain since April the stock has had after the initial news emerged surrounding Musk’s acquisition of Twitter. Albeit, TWTR is still off of its 52-week high of $68.41, seen in 2021. 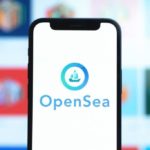