It has emerged that Satoshi Nakamoto, the anonymous founder of Bitcoin (BTC), might have had a different idea regarding assigning the name to the flagship cryptocurrency.

In particular, historical domain registration data shows that Bitcoin.org, the website linked to the original Bitcoin, registered on August 18, 2008, could have been named Netcoin.org. Interestingly, Netcoin.org was registered a day before Bitcoin.org was created, according to crypto locksmith Or Weinberger.

The two domains were registered under AnonymousSpeech, a service that allowed users to buy domain names anonymously. Further research indicated that no content was ever posted on the Netcoin.org domain before being repurchased by another user.

Furthermore, Netcoin.org domain was later deleted before being taken up by a subsidiary of Web.com in 2010.

The success of Bitcoin

It is worth pointing out that the decision to retain the name Bitcoin might have been crucial to the success of the cryptocurrency, helping minimize the number of individuals claiming to be Satoshi Nakamoto.

For instance, Australian Computer scientist Craig Wright has long stressed that he is Nakamoto with the issue moving to court.

In this case, Wright’s claim as Satoshi Nakamoto was considered by a London court, allowing the computer scientist to serve publishers of the Bitcoin whitepaper with copyright lawsuits.

One of the publishers included the publisher of Bitcoin.org, known by the pseudonym Cøbra. The publisher, a United Kingdom resident, noted that he was ready to give up his identity to protect “the most important paper of the 21st century.”

In the meantime, Wright continues to battle to prove that he is Nakamoto. As reported by Finbold, Wright recently insisted that there were people who know him and can confirm that he indeed is Satoshi.

Wright has been labeled a scammer by crypto sector players, including Ethereum (ETH) co-founder Vitalik Buterin. According to Buterin, Wright was ruled out as Satoshi after he began sharing technically wrong things about Bitcoin and the crypto sector.

At the same time, Wright launched a lawsuit against 16 Bitcoin developers attempting to retrieve 111,000 BTC from two addresses he claims to have lost private keys. 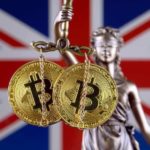