More recently, an earnings report that Netflix (NASDAQ: NFLX) released caused the shares to plummet and investors to exit the stock. Yet, the shares have jumped roughly 5% over the past five days.

“Do I believe these viewer numbers? Absolutely! I think what’s going on with the stock that people left for dead but looks like it bounced back to life. Stranger things have happened with the stock, but what I think happened here is Stranger Things. I mean it introduced Stranger Things season 4 to an enormous number 287 million viewing hours.”

Meanwhile, towards the end of April on increased volume, the shares lost the $330 floor and were dumped all the way down to the $250 level. Currently, shares are trading above the 20-day Simple Moving Average; however, down over 65% year-to-date (YTD).

Rodgers considers this to be an enormous amount in terms of the number of viewings, but he acknowledges that it is something that can be anticipated from Netflix. Since the last earnings report, he brought up the recession inflation concern, for which everyone has been prepared and taking into account.

“It’s a massive number, but this is what Netflix does, and I think that the other thing that is going on since the last earnings is the recession inflation scare, which we’re all preparing for. What’s that going to hit? It’s going to hit the legacy bundle really hard at $100 a month, that’s where people are going to pear back.”

Allegedly, NFLX could benefit from the inflation, if it prompts people to cut back on their cable and digital TV bundles, which in turn could benefit streaming service providers.

With viewing hours like the company just posted and possibly more hit shows to be released on the horizon, such claims perhaps could carry certain merit. 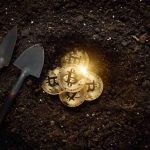