Streaming giant Netflix (NASDAQ: NFLX) has planned a documentary series on the largest-ever crypto theft after the US Department of Justice (DoJ) confiscated and recovered over 94,000 Bitcoins worth $3.6 billion stolen from crypto exchange Bitfinex in 2016.

The married couple charged with conspiring to launder money and defraud the United States government include Ilya “Dutch” Lichtenstein, 34, and Heather Morgan, 31. If convicted, they may face up to 25 years in prison.

Late on Friday, February 11, Netflix announced that director Chris Smith, best known for his work on “The Greatest Party That Never Happened” and “Tiger King,” would direct and executive produce the documentary series.

“Netflix has ordered a documentary series about a married couple’s alleged scheme to launder billions of dollars worth of stolen cryptocurrency in the biggest criminal financial crime case in history,” stated the company.

Liechtenstein and Morgan were apprehended at their New York City residence on February 8 and are now facing charges of conspiring to launder almost 120,000 Bitcoin in connection with the cryptocurrency exchange hack that occurred in 2016.

Investigators were scrambling to follow the stolen Bitcoin’s movements on the blockchain as its value jumped from $71 million to almost $5 billion after the hack. The pair reportedly sought to liquidate their stolen funds by establishing phony identities and internet accounts as well as purchasing physical gold, non-fungible tokens (NFTs), and more.

A convoluted money laundering technique that resulted in part of the stolen funds being put into bank accounts held by Lichtenstein and Morgan was used to move about 25,000 of those stolen Bitcoins out of Lichtenstein’s wallet over the course of the last five years.

According to the Department of Justice, the remaining stolen funds, which totaled more than 94,000 Bitcoin, remained in the wallet that was used to receive and hold the criminal gains from the hack. 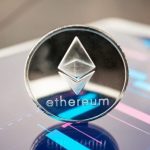