Non-fungible tokens (NFTs) and blockchain technology are at the forefront of a trend that is seeing major parts of the cryptocurrency market become increasingly leveraged by companies and individuals seeking to interact with their audience in more ways.

Indeed, NFT and blockchain-related trademarks in the United States surpassed 6,000 from January 1 until September 30, according to the data and chart published by trademark and patent attorney Michael Kondoudis (The Law Office of Michael E. Kondoudis) on October 5.

“So far this year, 6,366 US trademark apps have been filed for NFTs and related blockchain goods and services,” Konduodis stated.

Interestingly, the 2021 total was 2,142, just under three times less than this year’s nine months. As for 2022, the most productive month was March, when 1,080 new NFT trademarks were registered. Since then, there has been a gradual decline each month, with September recording the lowest number of applications (43%), as per U.S. Patent and Trademark Office (USPTO).

According to a survey, the primary reason most people purchase NFTs is “to make money.” Specifically, 64.3% of the 1,318 persons polled said this was their main reason for jumping on the NFT bandwagon.

Retail interest in NFTs on the wane

Elsewhere, the interest in NFTs amongst retail investors continues to decline; in particular, the sales of NFTs on OpenSea – the largest marketplace for digital collectibles – plummeted in the third quarter of 2022, down 60% compared to the second quarter.

Earlier, in August, data had shown that the NFT trade activity in Q2 had already plummeted 40% as the interest in digital collectibles dwindled.

Some in the cryptocurrency community, like Katie Haun, head of a $1.5 billion Web3 VC company Haun Ventures, remain optimistic about NFTs and believe they will eventually make a return.

According to her, the overall trend toward a digital world would be the primary driver of this return. In her opinion, this transition would enable many new use cases provided the infrastructure is improved, “more efficient and user-friendly.” 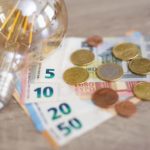