In what may be a setback for the emerging digital asset industry, this week’s cryptocurrency price drop weakened the dollar-based value of NFTs and increased the cost of purchasing and selling them. NFT collectors, on the other hand, are not bailing out.

Non-fungible tokens (NFTs) became common this year as a way to exchange digital arts and collectibles while keeping track of their ownership status on the blockchain.

The previous week, however, was a rollercoaster ride in the crypto world. The sector has experienced a significant downturn, beginning with Elon Musk’s tweets about Tesla suspending vehicle purchases using Bitcoin or China banning financial and payment institutions from the cryptocurrency business. As a result, the price of Ethereum and Bitcoin fell by around 30%-40%.

An NFT collector who goes by the pseudonym Pranksy said the value of his cryptocurrency portfolio dropped by more than $10 million at one point on Wednesday.

He claimed, however, that the fact that he did not sell more than 100,000 NFT collection did not diminish his worth:

“The people who spent many thousands on NFTs aren’t going to sell them for 50% off tomorrow, at least not many are. Much like traditional art markets bucking Wall Street trends, I believe many see certain NFTs as a store of value,” Pranksy told Reuters.

At the same time, during the cryptocurrency volatility, Nifty Gateway, a Gemini-owned NFT marketplace, said there was no noticeable shift in behavior on the site.

“Our collectors typically have an affinity for digital art, so they buy and hold their NFTs,” a spokeswoman said.

The NFT market has been affected by so-called “gas” fees, which are payments made to crypto miners who carry out transactions on the blockchain as cryptocurrencies drop in value.

Demand to buy and sell Ether increased on Wednesday, leading to higher gas. That caused NFT liquidity to dry up as buyers may have delayed transactions to save on gas fees.

However, daily volumes on OpenSea, one of the biggest NFT marketplaces, dropped to $1.1 million on Wednesday, down from $2 million the day before. 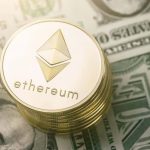