Stock markets took a beating late last week when the news broke that U.S. President Donald Trump had tested positive for Covid-19 but crypto markets remained resilient and actually climbed over the weekend.

Total market capitalization for cryptocurrency markets gained $5 billion over the weekend and there has been no massive slump that so many doomsayers and Bitcoin detractors predicted. The move has taken that total back to around $345 billion, which is down 13% or so from this year’s high but still up 80% since the beginning of 2020.

There were a number of negative influences over crypto markets last week such as the $150 million KuCoin hack, the CFTC charging the BitMEX co-founders, and Donald Trump’s Covid woes but Bitcoin and its brethren remained resilient.

Bitcoin prices took a tiny 2.5% dive when the news broke that Donald Trump had tested positive for Coronavirus on Friday. Since then, it has recovered all losses and even made again on Friday’s levels to reach $10,700 again during early Monday trading in Asia. The move has added almost 3% to Bitcoin prices over the weekend.

Bitcoin is currently trading just below the 50-day moving average and still within its range bound channel. Analyst ‘CryptoHamster’ has been viewing the technical which all seem to indicate that a downturn is imminent.

Other analysts have noted that recent news had very little effect on Bitcoin prices and it is likely to remain correlated to stock markets.

“Bitmex FUD & Trump Covid barely made a dent on the $BTC price. That’s pretty telling on the strength. On-chain metrics are bullish as well. I see no reason to be bearish on $BTC unless the stock market crashes.”

The majority of crypto assets are posting gains at the moment with Ethereum recovering to reclaim the $350 level and XRP spiking 7% to reach $0.25.

Cardano has managed to flip Litecoin in terms of market capitalization as it gains 5.5% on the day and Cosmos is also performing well at the moment with a 6% increase. On the flip side are DeFi tokens UMA and Ampleforth which are deep in the red at the moment.

In the world of DeFi, total value locked across all platforms is hovering around its peak levels of $11 billion according to Defipulse.com. 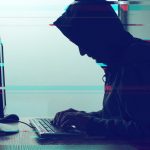