Meme cryptocurrency Shiba Inu (SHIB) has recorded a drop in the number of transactions highlighting the fading hype around meme coins as the general market battles volatility.

In May, SHIB’s total number of transactions stood at 207,647, the lowest value in the last 14 months, according to data from blockchain analytics website bloxy.info.

The drop in transactions has aligned with the downward trajectory recorded in recent months. In this line, between January 2022 and May 2022, the transaction plunged by over 26%.

Over the last 14 months, the highest transaction was recorded in October last year at 1.38 million. The peak transactions for the period emerged at the height of the crypto bull run,  culminating in Bitcoin hitting an all-time high of almost $68,000 in November.

Most SHIB holders in loss

The drop in transactions can be perceived as a reaction to the meme coin’s drop in prices at a time when a majority of holders are at a loss; in fact, the data shows 72% of SHIB holders are currently at a loss, according to statistics retrieved from Intotheblock.com.

Despite the token’s price remaining shaky, SHIB is still attracting more holders, who grew by 30,568 between April 27 and May 26. The increase in holders can be tied to the ongoing development of the network activity and the potential for further adoption.

Amid ongoing controversy regarding the crash of Terra coins, the SHIB community has raised concerns about the social media activity of the coin’s founder, identified as Ryoshi. As reported by Finbold, the founder who goes by the Twitter username RyoshiResearch deleted their entire online activity, including tweets and all the posts on their Medium page.

Investors will observe SHIB’s next course of action, hoping the token will replicate the success of 2021. However, the asset and the meme coins have recently received criticism over the lack of use cases.

Amid the concerns, the coin has recorded adoption, including serving as a payment option alongside earning a listing on popular crypto trading platforms, including Robinhood. 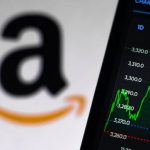