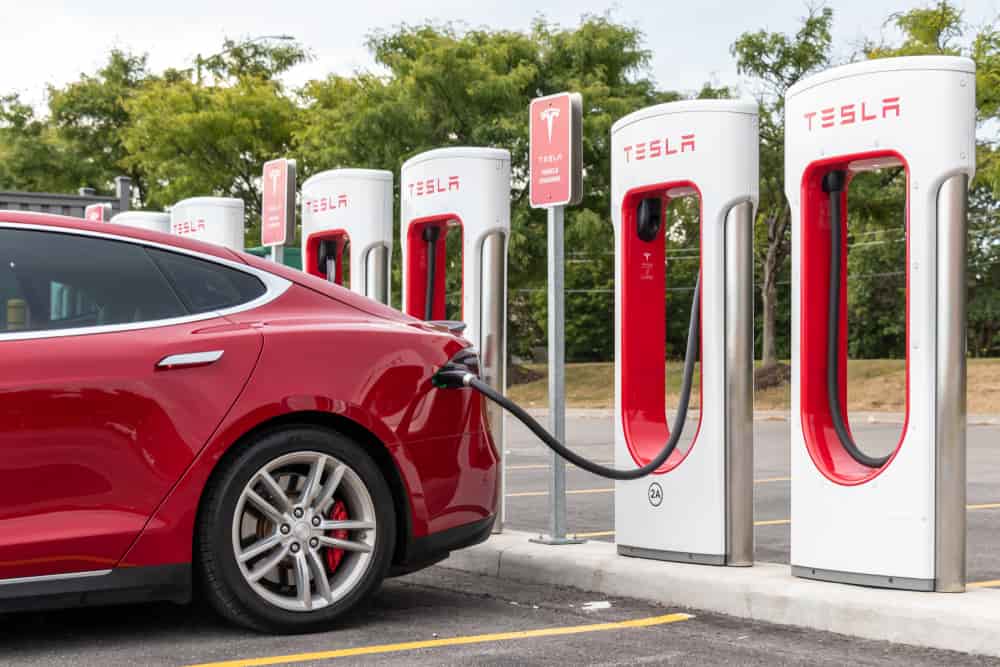 Electric vehicle (EV) manufacturer Tesla (NASDAQ: TSLA) has registered significant growth in its supercharger stations to meet the surging demand in the sector. Interestingly, the stations’ growth points to Tesla’s ambitions to dominate the EV market in the wake of unprecedented challenges that primarily emanated from the pandemic.

Elsewhere, the company also witnessed a spike in the number of supercharger connectors, which stood at 36,165 during Q2 2022. The figure represents a YoY growth of 34.44%.

The Tesla supercharger station’s growth highlights the segment’s significance to the company’s overall strategy to push for mainstream EV adoption. The stations play a key role in helping Tesla accelerate the transition to the fast-growing electric vehicle sector amid a global push to combat climate change by curbing carbon emissions.

In this line, the trend in supercharger stations has been facilitated by the company’s adoption of unique strategies in the wake of challenges facing global EV firms centered around innovations. For instance, Tesla is implementing a new prefab method that can deploy a new charging station in days. The method simplifies the installation process by seamlessly managing tasks like finding an appropriate location and lining up an installer.

Although Tesla aims to expand the supercharging network mainly in North America, Europe, and Asia, specific areas appear to be leading the way. In this case, the company has recently collaborated with California authorities to assist the state in expanding EVs to rural areas.

However, Tesla managed to survive the global semiconductor chip shortage by reworking its software. The rework enabled Tesla’s system to be compatible with alternative chip supply options.

At the same time, the company is dominating despite prevailing geopolitical issues. In particular, Tesla still faces challenges sustaining its Chinese market amid political tensions with the United States. The tensions have resulted in Chinese authorities resorting to limiting Tesla vehicles’ use.

Additionally, the automaker is looking to expand the network of superchargers after recently calling the public to vote on the next ideal location. At the same time, Tesla plans to open its supercharger network to accommodate other electric vehicles as the company pushes EVs into the mainstream, a factor likely to affect its competitive advantage.

On the flip side, the plan to open up its EV supercharger network to other models is facing backlash in the United States. Notably, the Tesla community has not welcomed the option, a factor acknowledged by CEO Elon Musk.

As the leading EV brand globally, Tesla is considered to have the best charging network. In this line, the company is better at leading regions like America’s transition to electric vehicles, aligning with the White House push to combat climate change. However, EV adoption has resulted in growing competition, a factor Tesla needs to consider in its expansion strategy.