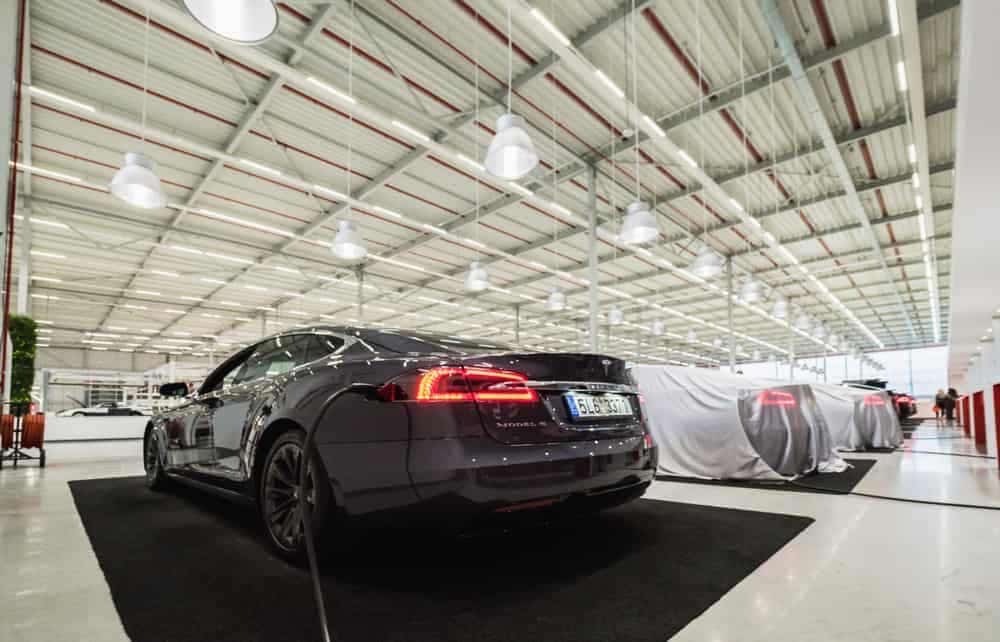 Apparently, weaker production figures were caused by upgrades made to the production line. Further, out of the 28,217 vehicles, 19,756 were exported while the remaining 8,461 were delivered to local customers; notably, models 3 and Y are the ones being produced in China.

TSLA shares remain pretty much unmoved in premarket trading, in the red by 0.37% at the time of writing.

Both the short-term and long-term trends are positive, with TSLA being one of the better performers in the automobile industry. In the last month, TSLA has been trading in the $675.10 to $940.82 range.

According to the technical analysis, the support zone is between $864.50 and $871.26, meanwhile, the resistance is at $891.46. Although TSLA has an excellent technical rating, the quality of the presented setup is not ideal at the moment for traders looking to make an entry.

With Tesla’s Shanghai factory possessing a production capacity of 750,000 units per year, it is clear that it hasn’t reached its full potential yet. In contrast, China-made vehicle sales in May offered a boost to the stock, possibly showcasing the maximum output of the factory.

Tesla enthusiasts should keep an eye on the next month’s China-made vehicles to ensure that a negative trend is not forming.